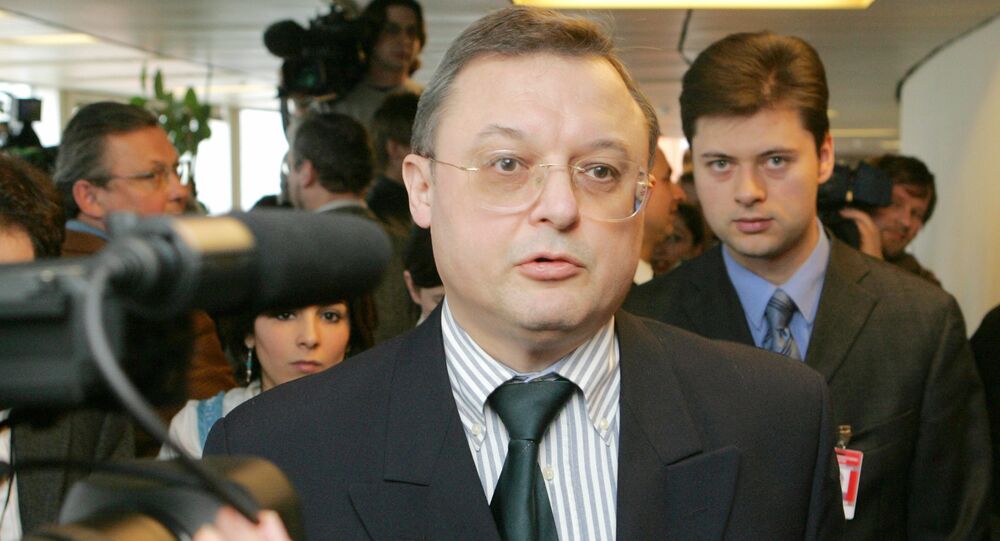 Russian Ambassador-at-Large Grigory Berdennikov stated that Moscow currently has no plans to give up the fulfillment of obligations under the New Strategic Arms Reduction Treaty (START).

© AP Photo / Brendan Smialowski, Pool
START Treaty Vital for US, Russia Despite Differences on Ukraine
MOSCOW (Sputnik) – Despite the overall deterioration of US-Russia relations, Moscow currently has no plans to give up the fulfillment of obligations under the New Strategic Arms Reduction Treaty (START), Russian Ambassador-at-Large Grigory Berdennikov said Wednesday.

"As of today we don't see any reasons not to deliver on this commitment," Berdennikov told RIA Novosti.

Berdennikov, also an envoy to the International Atomic Energy Agency (IAEA), said that over the last year Moscow and Washington had conducted 18 inspections each, and exchanged telemetric information on the launch of intercontinental ballistic missiles.

"In general, the implementation of the US-Russian START is continuing as normal," Berdennikov concluded.

Under the New START, signed between Russia and the United States in 2010, the countries must limit the number of deployed ballistic missiles and heavy bombers equipped for nuclear armaments to 700 and deployed nuclear warheads to 1,550. The treaty is valid until 2021 but may be extended for an additional period of up to five years.

Last month, the head of the Department for Non-Proliferation and Arms Control of the Russian Foreign Ministry said that Russia could revise its commitment to the New START in response to "unfriendly actions" by the United States.

Washington has imposed economic sanctions on Moscow and incited harsh anti-Russia rhetoric, accusing it of taking part in the internal armed conflict in Ukraine by aiding pro-independence militias.

US, Russia Continue to Implement New START Treaty Against All Odds: State Undersecretary