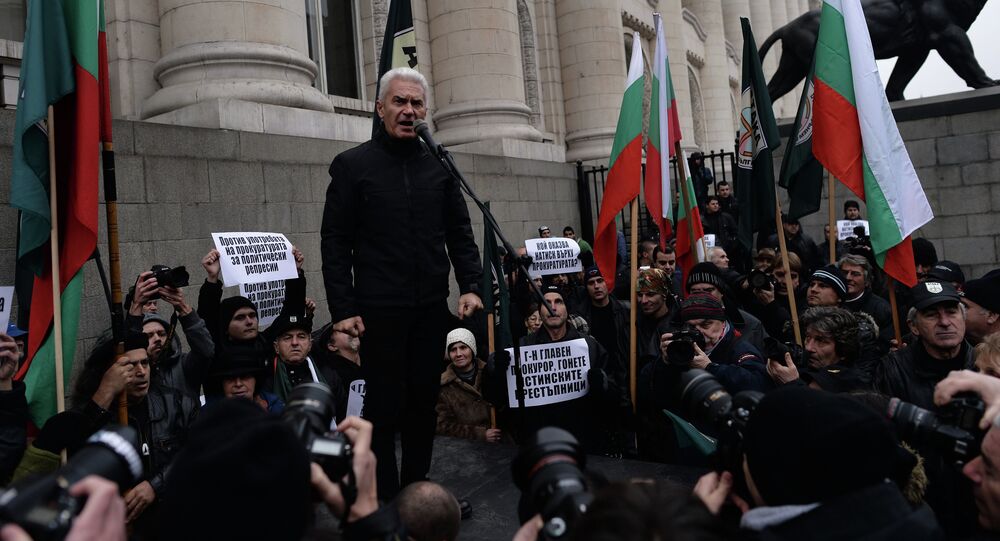 Bulgarian opposition leader plans to initiate a referendum on country's exit from NATO.

"I am convinced that two-thirds of Bulgarians do not support our participation in wars and military blocs. And we must confirm this," Siderov said. He also added added that a referendum can be initiated by the president, the prime minister, or by collecting the signatures of 60 parliament members.

According to Siderov, Bulgaria's three opposition parties may together collect the votes of 61 lawmakers.

"If this does not work, we have to collect 300,000 signatures and submit them for a vote in the parliament. The procedure is complicated, but we will do what we can," he said.

© Flickr / Dennis Jarvis
Bulgaria Would Be Better Off Without EU – Parliament Member
Bulgaria is "practically in a war situation" as of today, Siderov said, referring to a new NATO command center set to be built in the country.

"[Head of NATO's Allied Land Command Lt.] Gen. Ben Hodges said that Bulgaria will have military equipment as well. All this is very disturbing. It's time to address the people," Siderov said.

Bulgaria applied for NATO membership in 1997, becoming a member of the alliance in 2004.

NATO has increased its military presence in Eastern Europe in recent months. Earlier in February, the alliance announced that its Rapid Response Force would be increased from 13,000 to 30,000 military personnel, and six new command posts would be created in NATO states close to Russia, including Bulgaria.