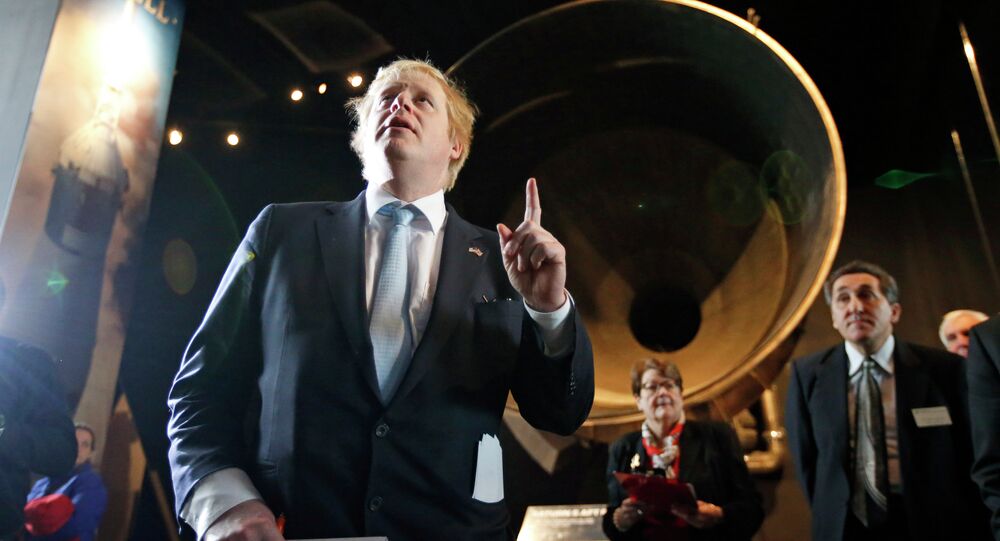 The New York-born Conservative mayor of London is a dual-citizen of the US and UK, but that may soon change.

© AP Photo / File
London Mayor Says up to 4,000 Jihadists Threaten Britain
The charismatic American-born Mayor of the City of London is preparing to give up his US citizenship, possibly as part of future plans to make a bid for higher office.

"The reason I'm thinking I probably will want to make a change is that my commitment is, and always has been, to Britain," Johnson told The Sunday Times during his tour of the eastern United States last week. He noted that his American citizenship was "an accident of birth that has left me with this thing. I've got to find a way of sorting it out."

While British legal experts have stated that it would be perfectly legal for Johnson, who was born in Manhattan in 1964, to hold offices up to and including that of the Prime Minister as a dual citizen, it could lead to questions from voters about where his loyalties lie.

Johnson's aides have noted that dual taxation was another issue of concern for the mayor; in January, he was forced to pay a large capital gains tax to US tax authorities after selling his home in north London. Johnson described the tax as "absolutely outrageous."

Johnson told The Times that he would approach US Ambassador to Britain Matthew Barzun to formally make the request in the near future. "It is a laborious business. They don't make it easy for you," he noted.

© AP Photo
£10 Million Spent on Assange Stakeout As London Taxpayers Foot the Bill
During his trip, the mayor also got into a bit of a scuffle with former Secretary of State Hillary Clinton, who jibed him over the publicity tour, asking jokingly, "is he announcing for president? Which one do you think he'll be, Democrat or Republican?" Apparently, Mrs. Clinton hadn't forgotten Johnson's 2007 jibe, when he wrote in The Daily Telegraph that the then-senator's appearance and demeanor made her out to look "like a sadistic nurse in a mental hospital." Ahead of the meeting with the former senator last week, Johnson said that he was grateful for the meeting, and noted that "I'm sure that whatever I've said in the past will be taken by the Senator, who is a very distinguished politician, in the light hearted spirit in which it was intended."

Just met w/@HillaryClinton for talks on security, the threat of ISIL returnees & the synergy between London & NYC pic.twitter.com/b3zwlX0cyc

© AFP 2021 / NIKLAS HALLE'N
London Working Hard to Improve Quality of Life as Population Booms
Johnson conducted a six-day tour of the US East Coast last week, ostensibly in a bid to bolster London's science, technology and education sectors. Observers viewed trip, which is his third visit abroad in the last three months, as part of a bid to increase the mayor's name recognition as a contender for the leadership of the Conservative Party sometime in the future.

According to CNN using data provided by the Inland Revenue Service, Boris is part of a growing trend or US Citizens renouncing their passport. Experts speculate that the majority of citizens giving up their US citizenship are doing so for tax reasons.

Johnson will not run in the 2016 London mayoral election; he is instead running for parliament for the Uxbridge and South Ruislip constituency in western Greater London in May's parliamentary elections. Last week, Johnson told reporters that he had no intention of challenging Mr. Cameron for the Tory leadership any time soon.

Guide on Passing UK Citizenship Most Borrowed in London Libraries