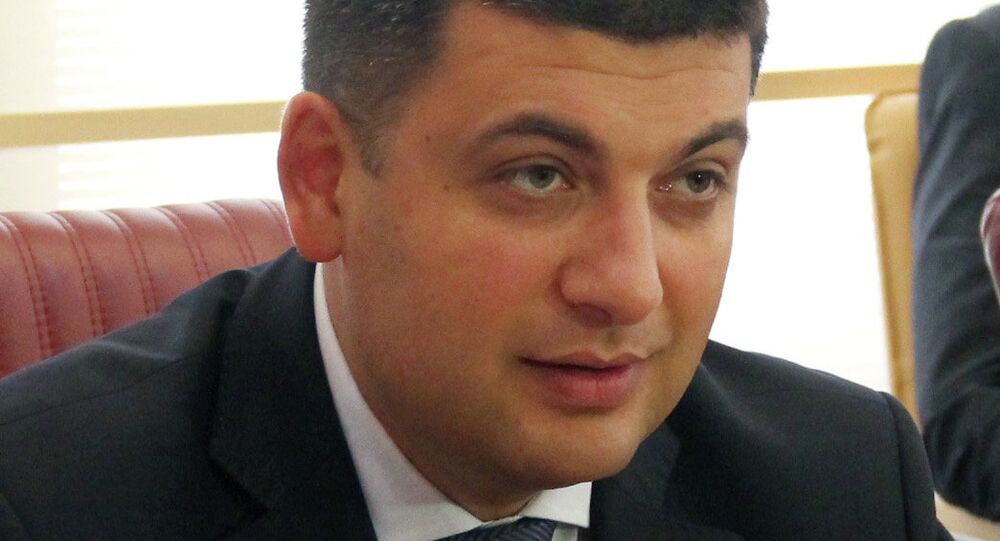 Speaker of the Ukrainian Parliament, the Verkhovna Rada, Volodymyr Groysman said that Ukraine would not make any separate rules for Donetsk and Luhansk at the Ukrainian local elections, scheduled for Autumn.

© Flickr / United States Mission Geneva
Kiev to Adopt Law on Special Donbas Status Under Minsk Deal - Russian FM
MOSCOW (Sputnik) — Local elections in Ukraine will be held following the constitutional reform, which is due to be completed by October, speaker of the Ukrainian Parliament, the Verkhovna Rada, Volodymyr Groysman said Saturday.

Groysman added that Kiev will not make up special rules for Donbas and local elections will be held on the territory of entire state.

"As for the local elections, which are expected to take place this fall, these elections will be held in the entire state [Ukraine], including in Donbas. They have to pass under the new legislation on the basis of constitutional reform, which should be completed by October this year," he wrote on his Facebook webpage.

"We will not make any separate rules for Donetsk and Luhansk," Groysman added.

He also stressed that federalization of Ukraine or any other autonomy for Ukrainian regions is not the issue.

© Flickr / The White House
Ukraine, US Agree on Further Coordination if Donbas Conflict Escalates
On February 12, the marathon talks in Minsk between the leaders of Russia, Ukraine, Germany and France resulted in an agreement aimed at deescalation of the conflict in eastern Ukraine. The peace deal was signed by the members of the Contact Group on Ukraine.

One of the deal's provisions says that Kiev authorities would work on the decentralization of power, which may lead to more liberal arrangements for the eastern Ukrainian regions of Donetsk and Luhansk.

However, Ukrainian Foreign Minister Pavlo Klimkin said Friday that "any further discussions in regard to a special regime for Donbas would be accomplished within the legislation that has already been approved by the Verkhovna Rada."

A law granting "special status" and broader autonomy to parts of the breakaway regions was introduced by Kiev last fall but was abolished shortly afterward.

Minsk agreements reached on February 12 stipulate a ceasefire between the warring sides, which is expected to come into force at midnight local time on February 15 (February 14, 10:00 p.m. GMT), the creation of a buffer zone through the withdrawal of heavy weaponry from the region and all-for-all prisoner swap.