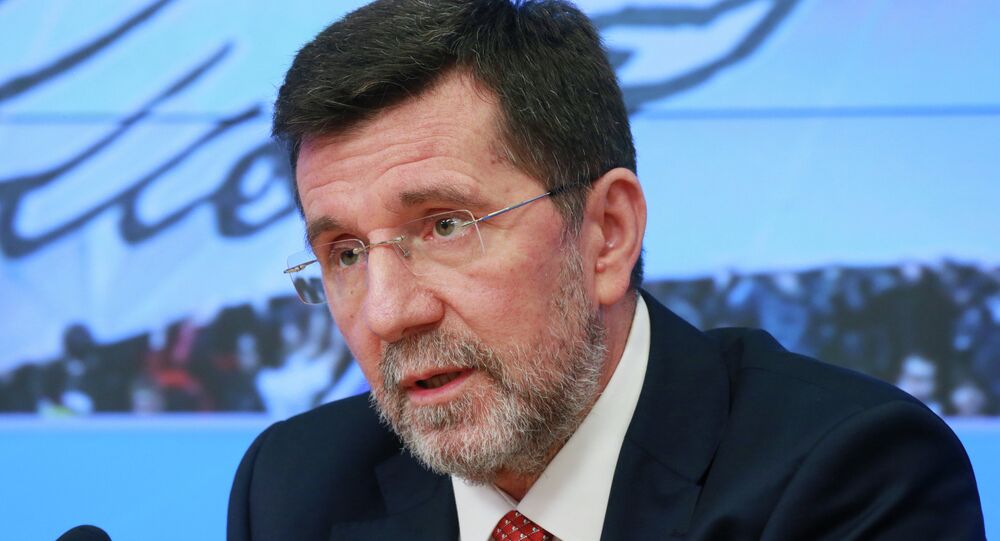 Serbia once again reiterated its unwillingness to join Western sanctions against Russia. The relations between Belgrade and Moscow are based on cooperation and trust, Serbian Ambassador to Russia Slavenko Terzic underscored.

"It is widely known that Serbia has not joined the sanctions against Russia and will not join them. I have repeated this numerous times and want to reiterate it once again," Terzic said at a news conference at the Rossiya Segodnya press center.

The ambassador noted that the relations between Russia and Serbia were based on friendship, cooperation and trust.

In November 2014, EU Neighborhood Policy and Enlargement Negotiations Commissioner Johannes Hahn urged Serbia to join the sanctions against Russia, which would bring Serbia's policy in line with that of the European Union. Serbian President Tomislav Nikolic said his country was interested in joining the European Union but did not intend to impose sanctions against Russia.

© Sputnik / Sergei Guneev
Serbians Prefer Russia to Europe, but Want to Join EU: Poll
The European Union, the United States and other countries have imposed several rounds of sanctions against Russia over its alleged involvement in the Ukrainian conflict. The restrictions target the country's defense, energy and finance sectors, as well as several individuals. Russia has repeatedly denied these accusations and said that the conflicting parties should establish direct dialogue.

Russia also introduced a one-year ban on the import of certain food products from a number of countries that have targeted it with sanctions.

Russian, Serbian Foreign Ministers to Meet Over Cooperation Within OSCE

Serbia Rules Out Sanctions Against Russia