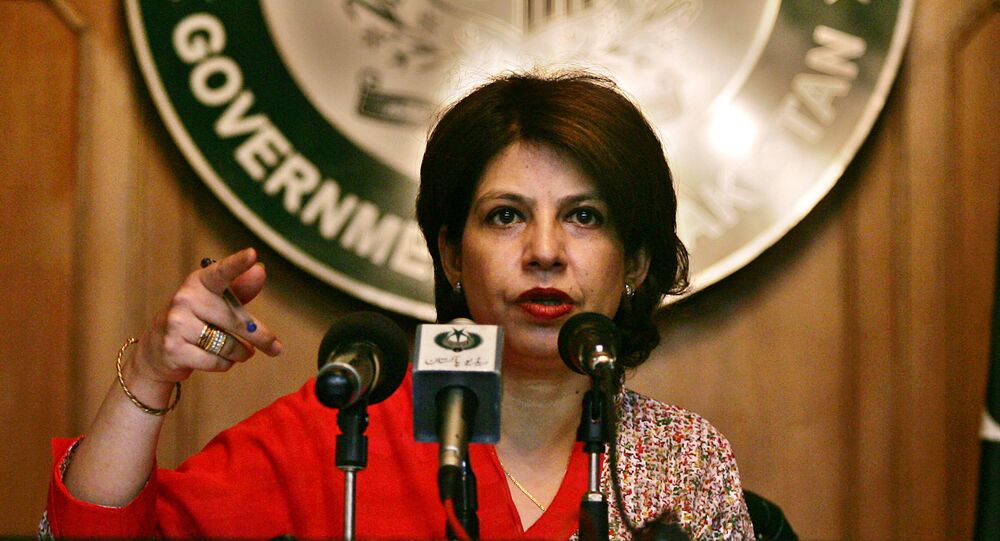 Chairman of the House Foreign Affairs Committee Ed Royce and the Committee’s Ranking Member Eliot Engel addressed to US Secretary of State John Kerry in a letter, saying that the US should change its policy toward Pakistan.

© AP Photo / Ishtiaq Mahsud, File
Afghanistan: New Haven for Old Terrorists?
WASHINGTON (Sputnik) — The United States government should change its policy toward Pakistan, cut assistance and impose sanctions against some of the country’s politicians, Chairman of the House Foreign Affairs Committee Ed Royce and the Committee’s Ranking Member Eliot Engel said in a letter to Secretary of State John Kerry.

“The United States should pursue a different approach with the Pakistani Government,” Congressmen said in the letter on Thursday. “We urge you to consider implementing travel restrictions, suspending portions of assistance, and sanctioning Pakistani officials that maintain relationships with designated terrorist groups.”

Royce and Engel said that while the Government of Pakistan has taken some steps to disrupt al-Qaeda and the Taliban, it has done much less to combat other designated foreign terrorist groups. According to the Congressmen’s statement, this approach stem from a belief that some terrorist groups serve Pakistan’s foreign policy goals in India and Afghanistan.

“Such an approach would make clear that the US and Pakistan cannot have a true strategic partnership until Pakistan cuts all ties with terrorist organizations and renounces its use as an instrument of state policy,” Congressmen said.

Royce and Engel added they were horrified by the December attack on the Army Public School in Peshawar which killed almost 150 people.

The school massacre is the deadliest single attack on Pakistan soil in the Pakistani Taliban’s history.

The United States began providing economic and military assistance to Pakistan in 1947. In 2009 the US Congress passed the Enhanced Partnership with Pakistan Act, providing Islamabad with $1.5 billion in annual nonmilitary from 2010 to 2014. In 2011 total gross disbursements to Pakistan from different sources amounted to $4.15 billion, according to think tank the Center for Global Development.