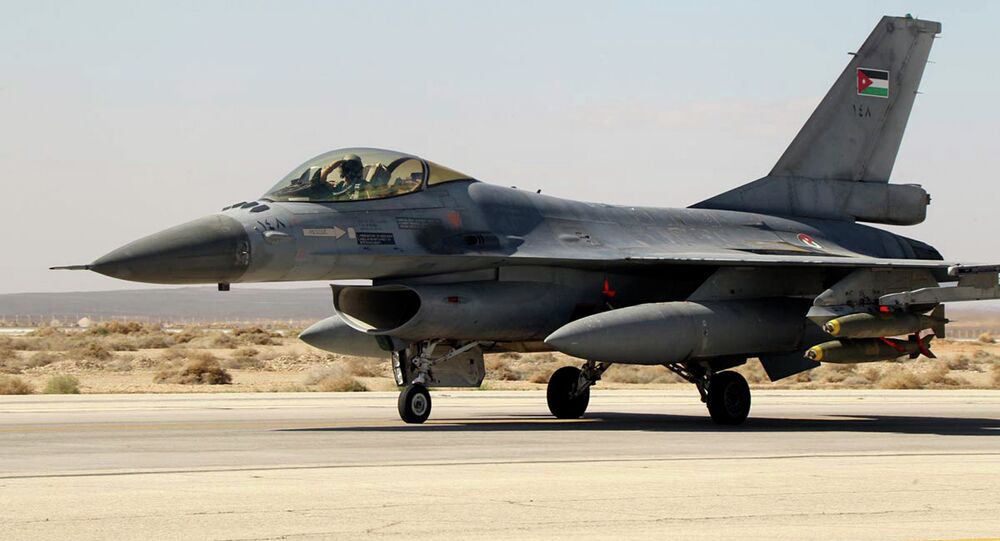 Four US Representatives introduced a bipartisan bill in the US House of Representatives to increase our bilateral military cooperation with Jordan in the fight against the Islamic State.

© REUTERS / Stringer
Thousands of ISIL Terrorists May Return to US Without Visas - Official
WASHINGTON (Sputnik) — Four US Representatives introduced a bipartisan bill in the US House of Representatives to increase defense cooperation between the United States and US ally Jordan in the fight against the Islamic State (IS), according to a statement released by US Congresswoman Ros-Lehtinen.

“Jordan has been a key partner in the region for years, and is on the front lines of the fight against ISIL, sharing a border with both Syria and Iraq,” US Representatives Ileana Ros-Lehtinen, Ted Deutch, Kay Granger, and Nita Lowey said in the joint statement on Thursday. “In order to ensure Jordan has the capabilities to defend itself and fight to eradicate this terrorist threat, we must increase our bilateral military cooperation and expedite military sales to the Kingdom.”

The bill would change the Arms Export Control Act by placing Jordan on a list of US allies that Congress may sell military gear quickly to in war situations, the statement read, and would also create a memorandum of understanding to increase military cooperation between the United States and Jordan.

Tags:
Daesh, US House of Representatives, US, Jordan
Community standardsDiscussion