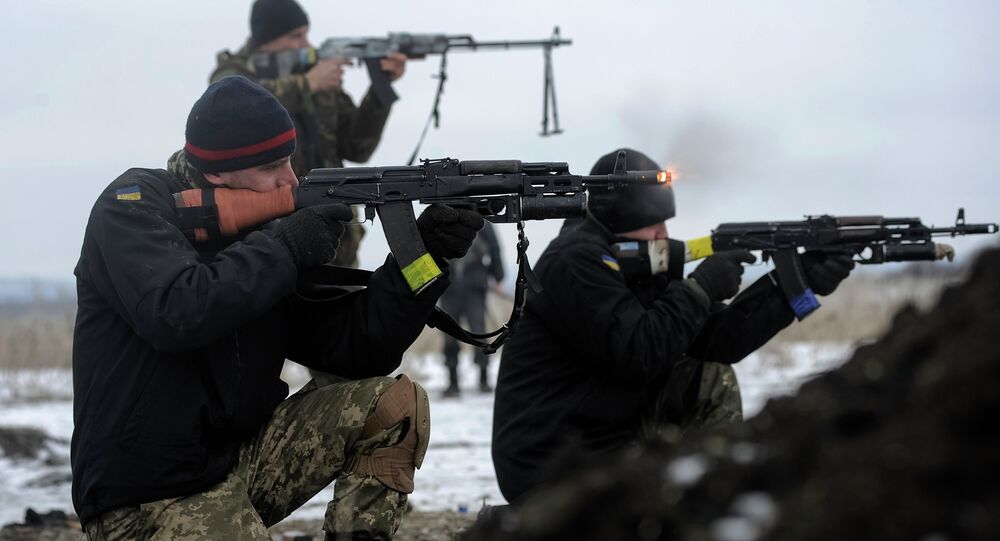 "We would like to hope that the West, including Germany, will finally influence the Kiev regime. Currently, judging by the recent actions of Kiev authorities, it is clear they want to solve the crisis [in southeastern Ukraine] militarily," Grinin said.

© Sputnik / Sergey Kuznecov
Russian, EU Diplomats Must Defeat ‘War Party’, Put End to Conflict in Ukraine – EU Envoy
He recalled that most Western leaders have recently stated there can be no military solution to the Ukrainian crisis, but only a diplomatic one.

"We hope that our Western partners will proceed from words to actions and start to influence the Kiev authorities," Grinin added.

The situation in Ukraine's southeastern region of Donbas aggravated dramatically in recent weeks, despite a ceasefire agreement the Kiev-led forces and independence supporters managed to reach in September 2014 in Minsk, the capital of Belarus.

On Wednesday, the leaders of Russia, Ukraine, Germany and France are expected to meet in Minsk for Ukrainian crisis resolution talks in the Normandy format.