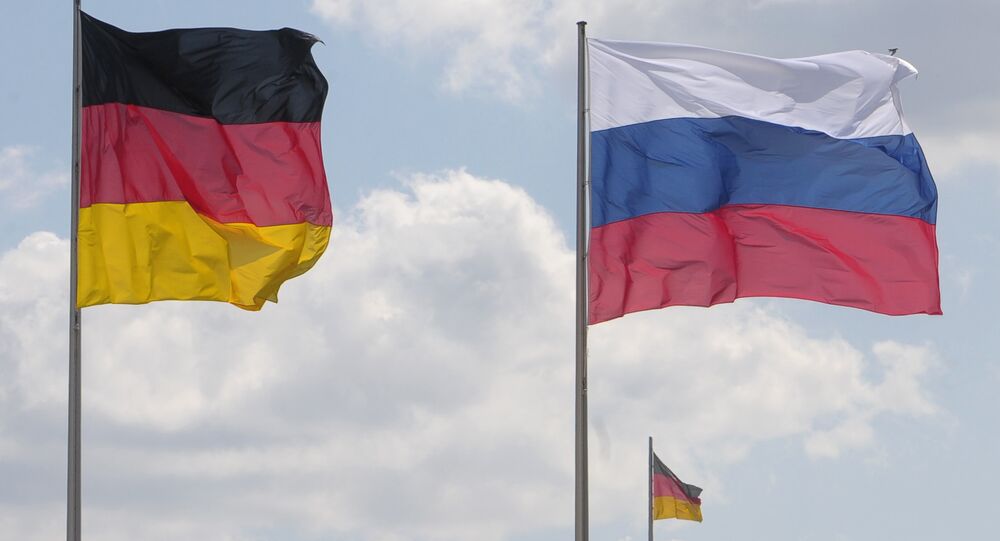 Russian ambassador to Germany claims that the initiative to freeze bilateral contacts between Russia and Germany did not come from Moscow.

BERLIN, February 10 (Sputnik) — Bilateral contacts between Russia and Germany are frozen, but the initiative did not come from Moscow, Russian ambassador to Germany, Vladimir Grinin told RIA Novosti on Tuesday.

"Our ministerial and inter-departmental contacts [with Germany] are now frozen both at a political level and among top-level officials, and it wasn't our initiative," Grinin said.

© AFP 2021 / DPA/ JAN WOITAS
German Business Hopes for End to EU Sanctions Against Russia
He stressed that all annual consultations between the governments have been stalled, and that dialogue between the countries' important working groups on politics and security had come to a halt.

"We are grateful to the German government and the minister of foreign affairs for taking the initiative in the Ukrainian crisis on bilateral and other levels. But despite the importance of the Ukrainian theme, it is not right to close eyes to other topics, such as international terrorism, the situation in the Middle East and in Syria, or non-proliferation," the ambassador stressed.

The relationship between Russia and the European Union soured last year amid tensions in Ukraine.

The Russian and German leaders are set to meet on Wednesday as part of a four-way summit in the Belarusian capital Minsk that aims to push for an end to bloodshed in Ukraine.