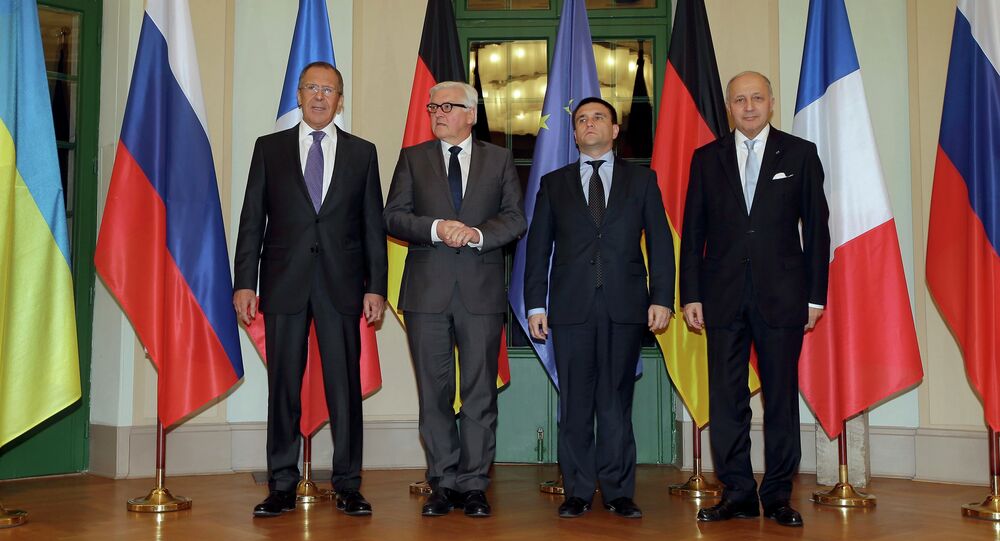 Ukrainian Ambassador to Germany Andrei Melnik said that the eight-hour arduous talks finished in Berlin with some tangible results for a meeting of the countries' leaders in the Normandy format in Minsk.

Do you believe Putin, Poroshenko, Merkel and Hollande can put an end to the violence in Ukraine?
Voted: 1527
All polls
However, the ambassador did not specify what results were achieved during the discussions.

The Berlin talks were held in the run-up to the meeting of Ukrainian President Petro Poroshenko, German Chancellor Angela Merkel, French President Francois Hollande and Russian President Vladimir Putin due to take place in Minsk on Wednesday. The leaders are expected to draw up an agreement to help end the violence in eastern Ukraine, which has surged since the beginning of the year.