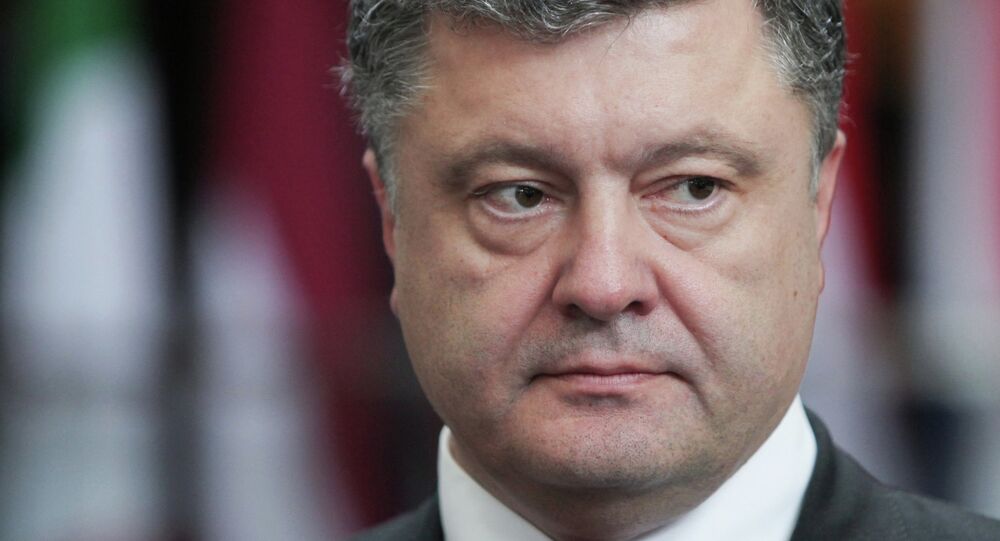 Ukraine failed to provide Moscow with copies of passports which were shown off by Ukrainian President Petro Poroshenko during his address at the Munich Security Conference.

Moscow then asked Kiev to provide copies of the documents on Saturday evening, as “document covers like the ones shown yesterday can easily be bought on the street market," Viktor Sorokin, head of the Second CIS Department at Russia’s foreign ministry, said.

© AFP 2021 / CHRISTOF STACHE
Munich Security Conference Closes in Bavarian Capital
“Currently, there is no real evidence, the Ukrainian side failed to provide copies of these documents,” Sorokin said.

Kiev has been blaming Moscow of assisting the mostly Russian-speaking independence supporters in eastern Ukraine, where government forces have carried out a military operation since April 2014.

Moscow has repeatedly stated that it is not involved in the Ukrainian conflict in any way, rejecting claims that Russia provides Ukrainian pro-independence militia with military assistance.