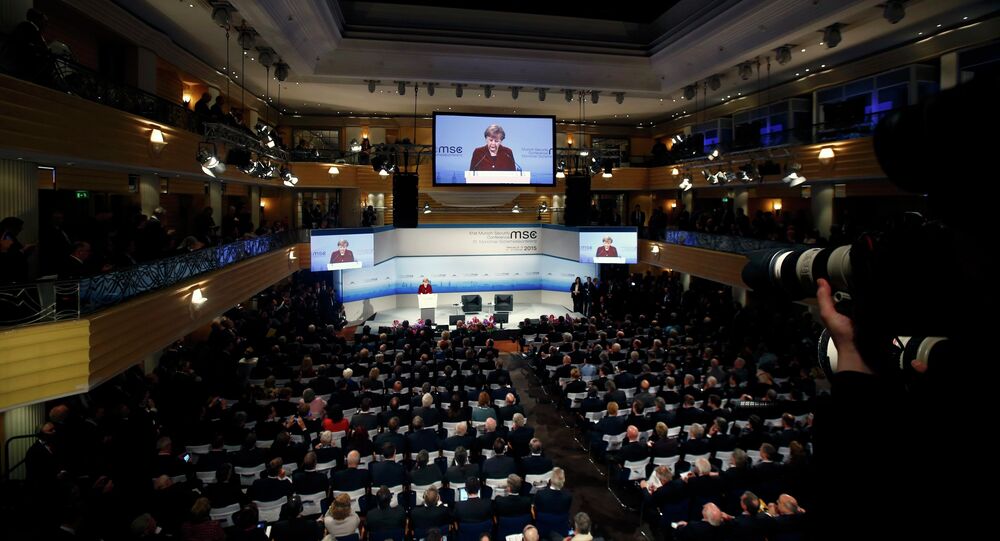 The schedule of the Munich Security Conference prioritized a US report, focused on the reasons why Ukraine should receive more weapons, over the address of Russian Foreign Minister Sergei Lavrov.

The moment Lavrov started his speech at the conference, the sound in the reception room with mass media representatives cut off.

"The timing was decided days ago," Ivo Daalder, former US permanent representative to NATO, told Sputnik.

"We did not chose this timing," Frederick Kempe, President and CEO of the Atlantic Council, said.

The press briefing prepared by US think tanks focused on the reasons why Ukraine should receive more weapons despite Germany's consistent opposition to the idea.

US, EU Must Decide on Building Security With Russia or Without It
"We do not believe there is a military solution to this conflict, but we do believe that providing defensive equipment to Ukraine is one of the few remaining ways that we can increase costs for Russia and potentially deter further aggression and hopefully encourage Russia to actually come to the negotiating table so that we can reach a diplomatic solution," Michele Flournoy, former US Under Secretary of Defense, said.

Daalder told journalists that the only way to change the dynamic in the conflict was for Ukraine to obtain defensive equipment "to help it defend itself".

The US report has been prepared by the Atlantic Council, the Brookings Institution, the Center for a New American Security, and the Chicago Council on Global Affairs.

The issue of delivering lethal weapons to Ukraine is fueling much dispute in the international community, with the United States considering the deliveries. Certain European nations, Germany, France and Finland among them, said they would not provide weapons to Ukraine, while Poland expressed readiness to sell arms to Kiev.

At the Munich conference, German Chancellor Angela Merkel reiterated her Friday statement saying that the delivery of arms would not help to solve the crisis in Ukraine.

Ukraine's Poroshenko Not to Meet with Russia's Lavrov at Munich Conference

Russian Foreign Minister in Talks Ahead of Official Meetings in Munich