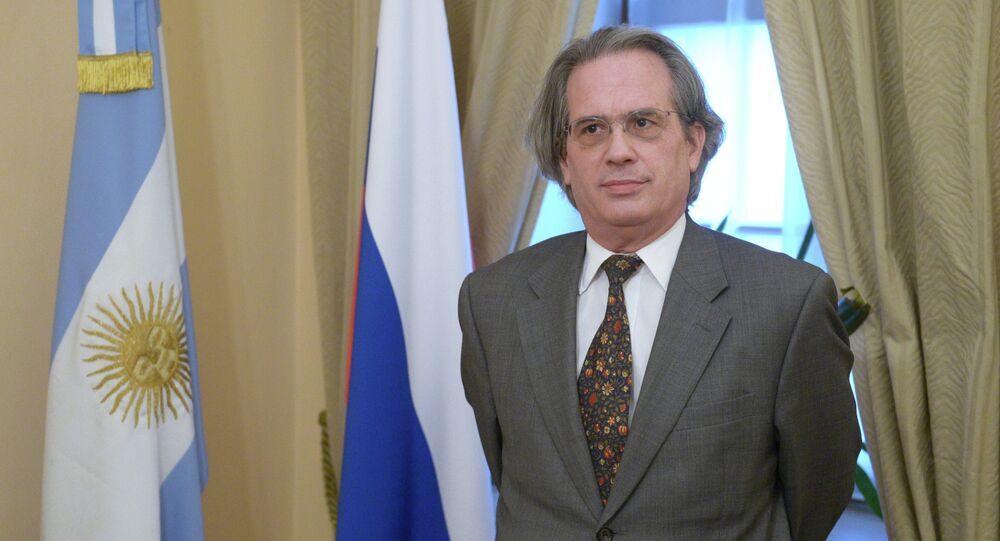 © REUTERS / Francois Lenoir
EU Split on Further Sanctions Against Russia
MOSCOW (Sputnik) — Unilateral sanctions are unlikely to have any positive effect and will only cause economic harm, Argentinian Ambassador in Moscow Pablo Anselmo Tettamanti told RIA Novosti, commenting on Western sanctions against Russia.

"Unilateral economic sanctions are never a solution, they can only do harm. You can never build on them to reach agreements. Therefore we hope this sanctions standoff won't last," Tettamanti said, adding he hoped a diplomatic way out of the Ukraine conflict will eventually be found.

He said the Argentine government shared the view of Russian Foreign Minister Sergei Lavrov, who recently urged foreign powers to stay out of the Ukrainian conflict and let the warring parties there work out a their own solution.

The diplomat also warned against using double standards in the Ukrainian peace process, especially regarding results of the Crimean referendum of March 2014, which led to Crimea's reunification with Russia.

"Argentina's stand on the situation in Ukraine has not changed since the very beginning [of the crisis]. We were very specific about our viewpoint and will urge to avoid double standards in international affairs, such as the Crimea referendum," Tettamanti said.

The majority of British citizens voted for the Falkland Islands to remain a British Overseas Territory. Argentina laid claim to the islands, which it calls the Malvinas, after inheriting them from the Spanish crown in 1767. Britain has occupied the islands since 1833.

Crimea's reunification with Russia has not been recognized by Western powers, despite the region's majority Russian population and long history as part of Russia. Around 90 percent of Crimeans voted last March to leave Ukraine for Russia.