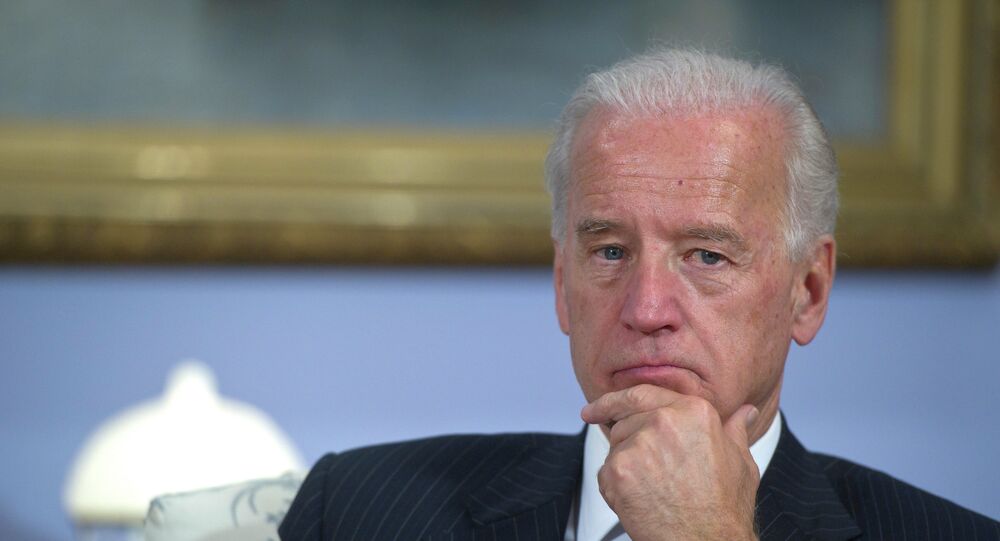 The US Vice President will visit Germany and Belgium to discuss the Ukrainian crisis, energy security, economic growth and counterterrorism cooperation with the EU leaders.

© AP Photo / Evan Vucci
US Pledges to Allocate Another $1Bln in Financial Aid to Ukraine
WASHINGTON (Sputnik) — During his visit to Belgium and Germany this week, US Vice President Joe Biden will discuss with the European Union leaders the situation in Ukraine along with other key economic and security issues, according to a White House press release issued on Thursday.

“In all of his meetings with European Union leaders, the Vice President will discuss the conflict between Russia and Ukraine, energy security, the Transatlantic Trade and Investment Partnership (T-TIP) and policies to promote economic growth, counterterrorism cooperation and countering violent extremism as well as other global issues,” the press release said.

In Germany, Biden will meet German Chancellor Angela Merkel and Ukrainian President Petro Poroshenko to discuss the conflict in Ukraine and Russia-Ukraine relations as well as international support for Ukraine’s reform efforts, including financial assistance.

© Sputnik / Sergey Averin
Merkel Calls for Peaceful Solution to Ukraine Crisis, Rules Out Lethal Aid
“While in Munich… the Vice President will meet with NATO Secretary General Jens Stoltenberg to discuss European security and NATO’s Readiness Action Plan, as well as other ongoing efforts to strengthen the Alliance,” the press release said.

As part of his trip, Biden will attend the annual Munich Security Conference where he will meet President Rosen Plevneliev of Bulgaria, Prime Minister Haider al-Abadi of Iraq, Prime Minister Irakli Garibashvili of Georgia, Prime Minister Milo Djukanovic of Montenegro, and Iraqi Kurdistan Regional President Masoud Barzani among others.

US to Fork Over $16 Million in Humanitarian Aid to Ukraine