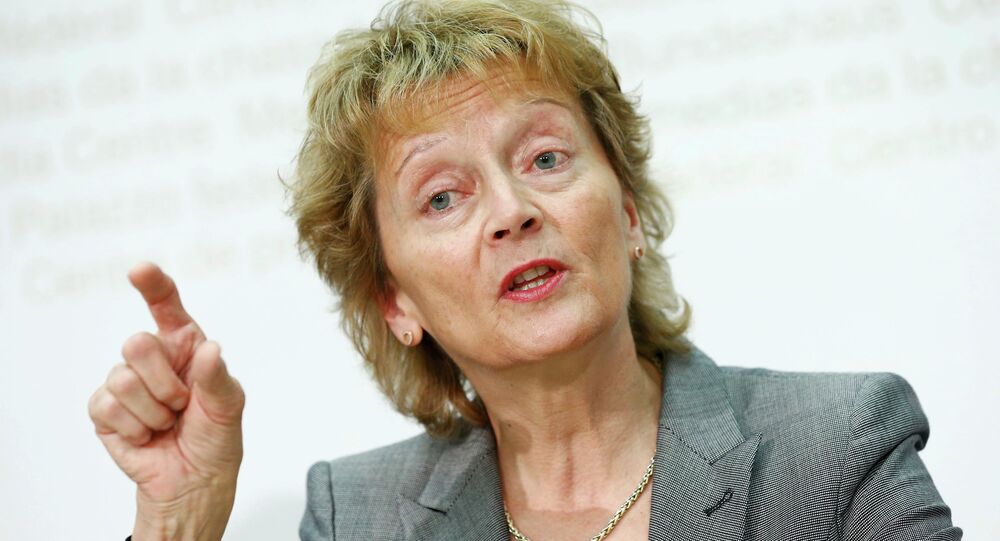 Switzerland Should Hold Referendum on Relations With EU, Minister Says

On Wednesday, during a visit to Singapore the Swiss finance minister called for a referendum on the country's relations with the EU.

On Wednesday, during a visit to Singapore Widmer-Schlumpf called for a referendum, the EUobserver newspaper reported.

At a referendum held in February 2014, Swiss voters backed introducing quotas on EU migration. The vote jeopardized aspects of the 1999 EU-Switzerland treaty, which gives Switzerland favorable access to EU markets in exchange for eased entry of the EU workforce to the country.

© Flickr / ott1mo
CitiGroup Takes $150 Mln Hit After Letting Swiss Franc Hedges Expire
According to local media, the Swiss government was against the reintroduction of immigration restrictions, and would present its own plan on anti-immigration measures by 2017.

In February, the initiative "against mass migration," spearheaded by the right-wing Swiss People's Party, received 50.34 percent of the vote. The European Commission stated that it was "disappointed" with the results.