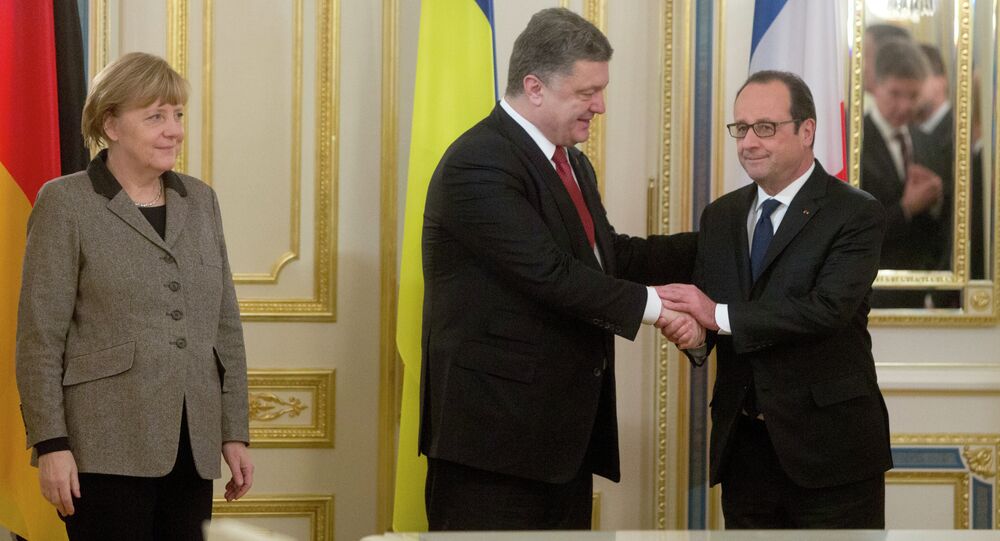 According to Ukrainian presidential spokesman, the leaders are not expected to make any press statements after the meeting.

He said the leaders were not expected to make any press statements directly after the meeting.

Earlier in the day, it was announced that, following talks in Kiev primarily focusing on the Ukraine crisis settlement, Hollande and Merkel would travel to Moscow on Friday.

© AP Photo / Emmanuel Dunand, Pool
Hollande and Merkel to Visit Kiev, Moscow for Talks on Ukraine Crisis
Kremlin spokesman Dmitry Peskov told RIA Novosti that the during the Moscow meeting the leaders would discuss specific steps to put an end to the bloodshed in Ukraine.

The military confrontation between Kiev forces and independence supporters in eastern Ukraine began in April 2014 and recently intensified despite a ceasefire agreement reached in September at the Contact Group meeting in Minsk. The internal conflict has so far claimed lives of over 5,000, according to the United Nations.