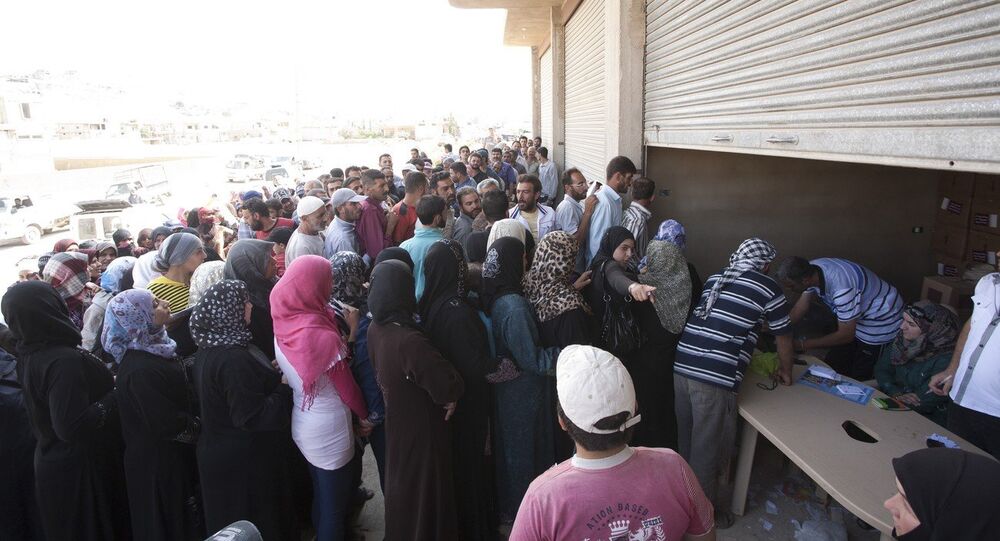 The assistance should help refugees and people displaced by Islamic State militants, who have ceased vast areas in Iraq and Syria, NHK reported Thursday, citing Japanese Prime Minister Shinzo Abe. According to NHK, Abe promised $200 million in financial assistance during his tour of the Middle East last month.

Islamic State-affiliated radicals have also carried our several terrorist attacks in Europe, including the attack on the Paris office of the Charlie Hebdo satirical magazine, which resulted in the death of 12 people.

Islamic State has been fighting the Syrian government since 2012 and has declared an Islamic caliphate on the territories under its control in Iraq and Syria, forcing thousands of people, mostly religious minorities, to flee. A US-led international coalition has been carrying out airstrikes against the extremists since September.

Books of Japanese Journalist Killed by IS Become National Bestsellers

Executed Japanese Captive's Friend Says Authorities Did Nothing to Save Him