Struggle against ISIL should be conducted without any double standards on a solid international legal basis, Russian Foreign Ministry said in a statement following the execution of a Jordanian pilot. 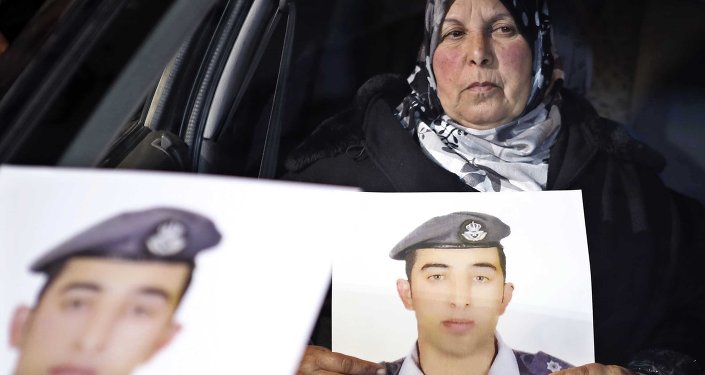 “Such atrocious crimes once again confirm the need for consolidation of the international community’s efforts in struggle against this absolute evil, which must be conducted without any double standards on a solid international legal basis,” the statement by the Russian Foreign Ministry’s Information and Press Department read.

© REUTERS / Majed Jaber/Files
Who is the Female Jihadi ISIL Wanted to Exchange for Jordanian Pilot?
The statement follows the release of a video Tuesday, showing the Jordanian pilot burned to death while trapped in a cage. Kasaesbeh was captured in December after his plane crashed in an ISIL-controlled part of Syria and his murder reportedly took place on January 3.

The Jordanian pilot, who served at the Jordanian Air Force, was carrying out airstrikes in Syria as part of the US-led international coalition against ISIL. The coalition has been targeting militant positions in Iraq since August, 2014, and in Syria since September 2014.