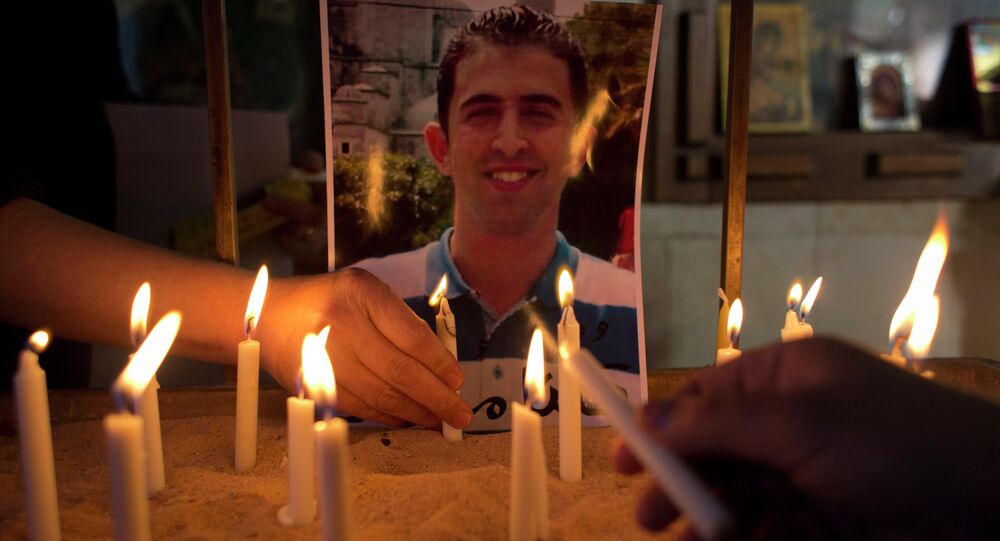 In a statement published by the Japanese Foreign Ministry, Japanese Prime Minister Abe said the recent killing of a Jordanian pilot by the Islamic State jihadist group was "outrageous."

“Such an act of terrorism is outrageous and impermissible and causes me nothing but strong indignation. Thus I express resolute condemnation,” Abe said in a statement published by the Japanese Foreign Ministry.

The Jordanian pilot, captured in December after his plane crashed in an IS-controlled part of Syria, was burned alive Tuesday. Jordanian state television previously reported that Kasaesbeh had been killed on January 3.

© AP Photo / Raad Adayleh
Jordan Executes Two al-Qaeda Prisoners in Response to ISIL Hostage Killing
On January 27, IS released a video with a warning that the Jordanian pilot and another hostage, Japanese reporter Kenji Goto, would be murdered within 24 hours if they were not exchanged for Sajida Rishawi, a failed suicide bomber who was facing the death sentence in Jordan.

Jordan agreed but demanded proof from the IS that the pilot was still alive. However, the militants did not respond.

The pilot's death comes just days after the IS posted a video online showing the decapitation of Goto.

US to Increase Yearly Assistance to Jordan to $1Bln