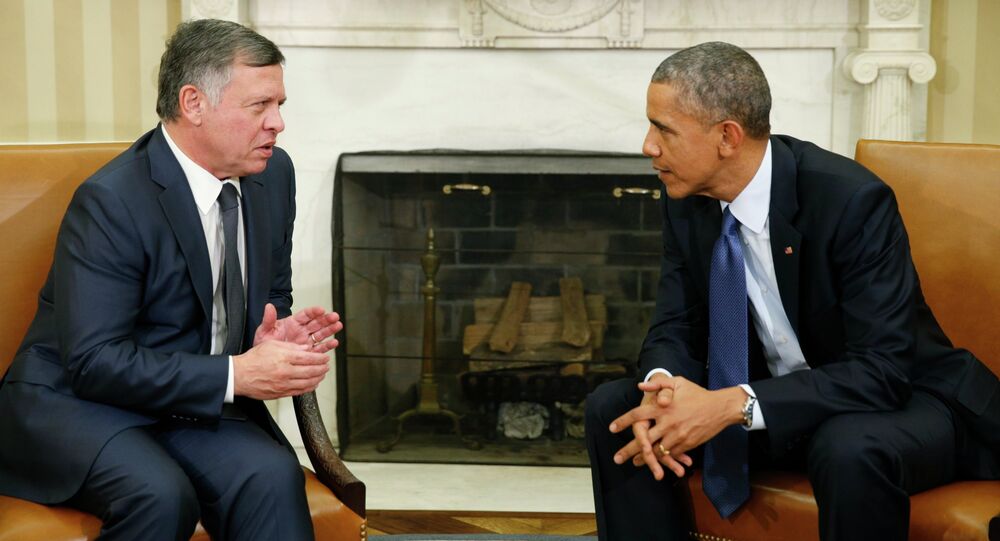 US to Increase Yearly Assistance to Jordan to $1Bln

According to US State Department, the United States signed a memorandum of understanding with Jordan to increase the country's assistance to the Government of Jordan from $660 million to $1 billion per year for the years 2015-2017.

© AFP 2021 / NICHOLAS KAMM
Obama Denounces IS Murder of Jordanian Hostage
WASHINGTON (Sputnik) — The United States signed a memorandum of understanding with Jordan during King Abdullah’s visit to Washington to significantly increase financial assistance to that country in the next three years, according to US State Department press release.

“This memorandum of understanding reflects the intention to increase US assistance to the Government [of] Jordan from $660 million to $1 billion per year for the years 2015-2017,” the press release issued on Tuesday said.

“The United States recognizes Jordan’s increased immediate needs, resulting from regional unrest, the efforts Jordan is undertaking at the forefront of the fight against ISIL and other extremist ideology and terrorism, the influx of refugees from Syria and Iraq,” the press release concluded.

About 3.8 million people had fled Syria after the conflict began in 2011, according to the United Nations. The terrorist group the Islamic State began fighting the Syrian government in 2012, and later expanded its activities in Iraq. The Islamic State declared a caliphate in the large swathes of land in both countries under its control.