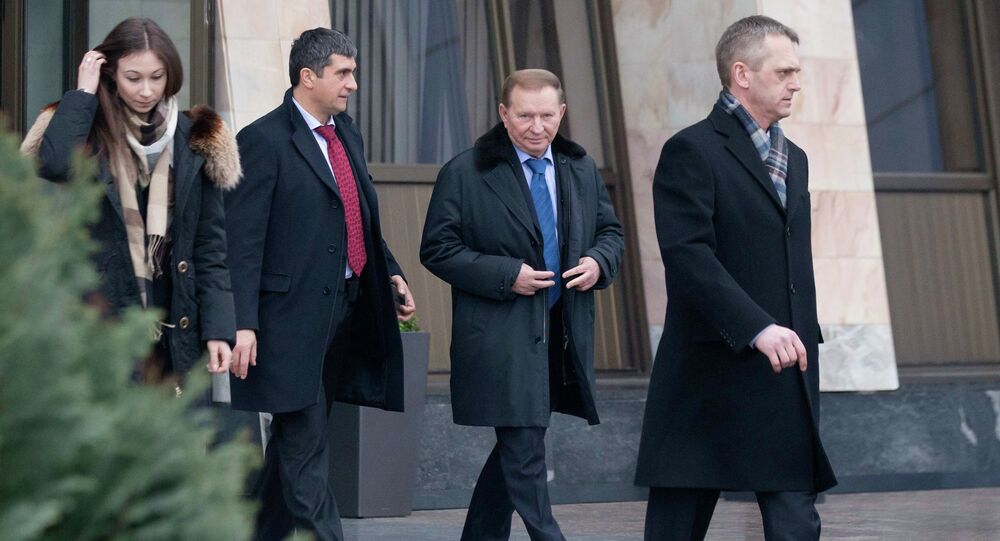 Despite the fact that Kiev envoy in Ukraine reconciliation talks has never been appointed to any official post and has no mandate to sign a peace agreement on behalf of the Ukrainian government, the self-proclaimed people's republics of Donetsk and Luhansk are ready to negotiate with him.

© Sputnik / Vitaliy Belousov
Donetsk Insists Kiev Envoy to Contact Group Must Have Official Mandate
MOSCOW (Sputnik) – Representatives of the self-proclaimed Donetsk and Luhansk people’s republics (DPR and LPR) are ready to negotiate a reconciliation deal with Kiev envoy Leonid Kuchma whether or not he has an official mandate, the LPR negotiator said Tuesday.

The eastern Ukrainian republics of the DPR and LPR said earlier that Kuchma, the former president of Ukraine who undertook to assist reconciliation talks, has never been appointed to any official post and has no mandate or authority to sign a reconciliation agreement on behalf of the Ukrainian government.

“We are now ready to discuss the text of the future document with him as a negotiator, even if his current status remains unchanged. But when it comes to signing, our leaders will sign on our behalf and the other side should also be represented by a person with the authority to sign,” LPR envoy said.

© Sputnik / Viktor Toltschko
Poroshenko, Merkel, Hollande Disappointed Over Lack of Progress in Minsk Talks
This came after Ukrainian ex-president Kuchma said the latest round of negotiations failed because Donetsk and Luhansk leaders had not joined the talks. Donetsk representatives said Kiev's new envoy was acting on "voluntary basis," arguing that this did not give validity to his credentials.

The Saturday meeting between the Kiev government and representatives of east Ukrainian militias in the Belarusian capital last week did not succeed, and both parties subsequently accused the other of torpedoing negotiations.

Hostilities have intensified in eastern Ukraine since the start of 2015, driving up the civilian death toll and displacing thousands, in what the United Nations has described as the "worst" violence the region had seen since a truce was signed in Minsk last September.