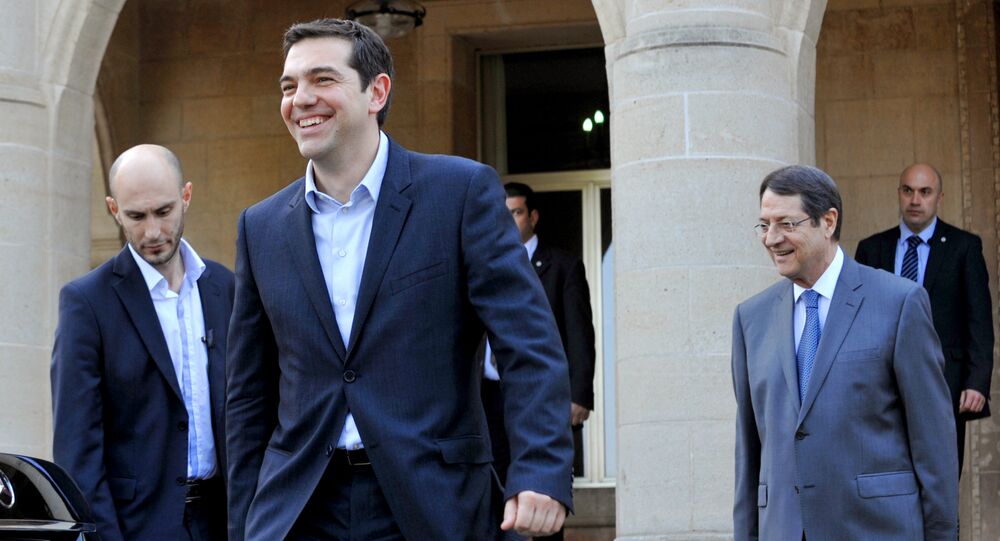 Greek Prime Minister Alexis Tsipras said that Cyprus and Greece must work together to develop a "bridge of peace and cooperation between Europe and Russia".

During his official visit to Cyprus, Tsipras said that the two countries must work together to develop "a bridge of peace and cooperation between Europe and Russia," the Cyprus Financial Mirror newspaper reported.

The prime minister said that Athens does not consider loans from Russia to be a possibility.

© REUTERS / Francois Lenoir
Lavrov Invites New Greek Foreign Minister to Visit Moscow
"We are in substantial negotiations with our partners in Europe and our lenders. We have obligations towards them," Tsipras was quoted as saying by the newspaper.

Relations between Moscow and Brussels significantly deteriorated following Crimea's reunification with Russia in March 2014. The EU, the United States as well as a number of other countries imposed several rounds of economic sanctions against Russia, accusing it of interfering in Ukraine's internal affairs.

Greece: Is the Light at the End of the Tunnel Finally On?