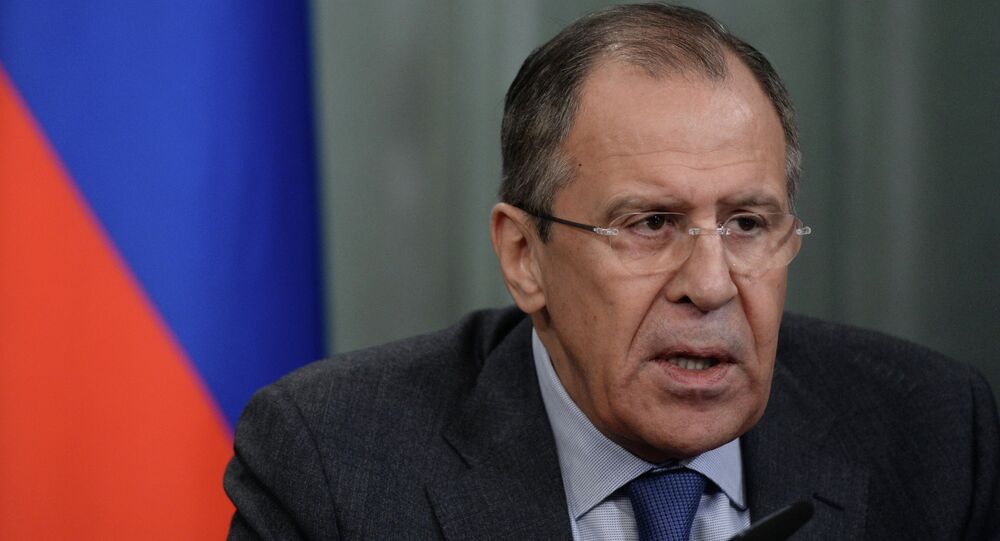 "I would say we have some modest, but nonetheless hope that we will help create conditions for setting a full-fledged negotiations process, during which the Syrians themselves, as asserted in the Geneva communique, need to reach agreement in all aspects of life in their country," Lavrov said during a press conference in Beijing.

On Monday, during trilateral talks in the Chinese capital, the foreign ministers of Russia, India and China agreed that there can be no military solution to the Syrian crisis. The top diplomats urged all sides in the conflict to cease hostilities and resume the peace process.

© Sputnik / Mikhail Voskresenskiy
Damascus Ready to Participate in Future Rounds of Syria Talks in Moscow
The final communique on the results of the meeting praised Russia's effort to conduct intra-Syria consultations in Moscow.

On January 26-29, Moscow hosted the intra-Syria talks, which brought Syrian government officials, representatives of opposition parties and the UN special envoy for Syria Staffan de Mistura to the negotiating table.

Samir Aita, a member of the Syrian Democratic Forum opposition party, told RIA Novosti the main outcome of the intra-Syrian consultations is the Russian agreement to mediate a number of political and humanitarian issues.

© AP Photo / Alexander Zemlianichenko
Lavrov Says Obama’s Remarks Prove Direct US Involvement in Ukraine Coup
According to Aita, the next round of talks in Moscow may take place in the end of February-beginning of March.

Russian moderator Vitaly Naumkin said on January 29 that talks in Moscow were not an attempt to monopolize efforts aimed at Syrian reconciliation, and could not be considered an alternative to the UN-backed Geneva talks.

In June 2012 and January 2014, representatives of the Syrian government, opposition and international mediators gathered in Geneva to discuss a way out of the country's political turmoil. However, both rounds of Syrian reconciliation talks failed to end the civil war, ongoing since 2011.

According to UN estimates, the Syrian civil war has claimed lives of more than 200,000 people.