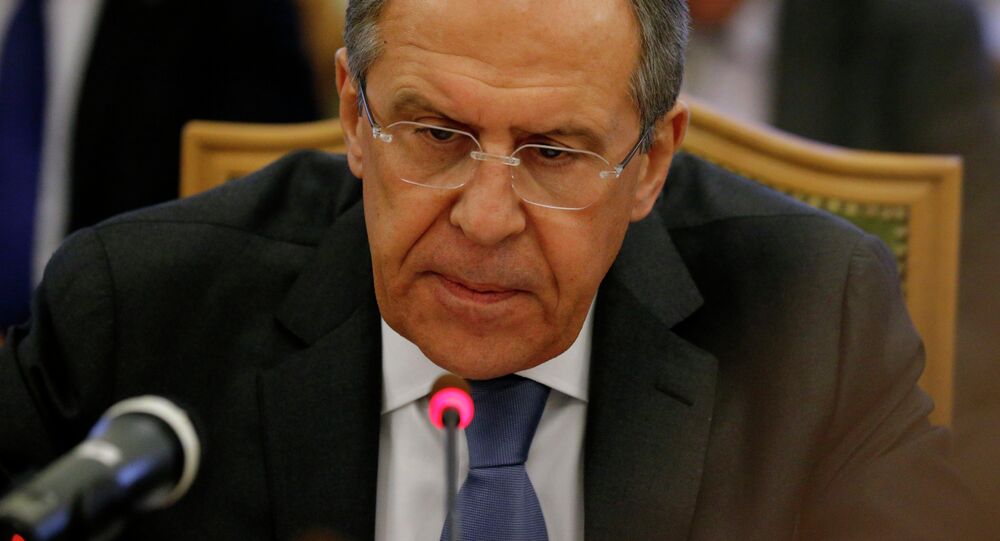 Russian Foreign Minister Sergei Lavrov said that Obama's remarks about "power transition" in Ukraine are "proof that the United States was involved in the anti-government coup."

© AP Photo / Pablo Martinez Monsivais
US Sticks to Tried and True Policy of Supporting Coups
BEIJING, February 2 (Sputnik) – US President Barack Obama's remarks that the United States "had brokered a deal to transition power in Ukraine" last year prove that Washington was directly involved in the anti-constitutional coup in the country, Russia's top diplomat said Monday.

Russian Foreign Minister Sergei Lavrov said Obama's remarks are "proof that from the very beginning, the United States was involved in the anti-government coup that president Obama neutrally described as a 'power transition.'"

© AFP 2020 / NICHOLAS KAMM
Obama May Have Been Kept in Dark Over Planned Ukraine Coup
The February 22, 2014 coup, that took place right after then-President Viktor Yanukovych signed an internationally brokered national reconciliation deal with the opposition, brought a pro-Western government with a strong nationalist element to power.

The coup-installed government's initiatives against the country's Russian-speaking citizens forced Crimea to seek reunification with Russia and triggered a profound political confrontation that turned into a bloody civil conflict in the east of Ukraine.

What do you think is the most important event of the week?
Voted: 1
All polls
"Obama's rhetoric… demonstrates Washington's intention to continue every kind of support to the Kiev government, which apparently intends to end the conflict through violence," Lavrov continued.

"All over the world, our Western partners call for a dialogue between the government and the opposition, be it Yemen, Iraq, Afghanistan, South Sudan," the minister went on. "But, for some reason, Ukraine is an exception and our Western partners avoid calling for a dialogue as far as Ukraine is concerned, they only call for all kinds of support for Kiev."

Raised tensions in Ukraine have led to the deterioration of relations between Moscow and Washington, with the United States accusing Russia of meddling in Ukraine's internal affairs and escalating the crisis in the country's eastern regions.

Moscow has denied the allegations, repeatedly calling for political settlement to the conflict. Russia, alongside the Organization for Security and Co-operation in Europe (OSCE), served as a mediator in Contact Group talks in Minsk in September 2014, which led to a ceasefire agreement between the warring sides. However, the ceasefire has been broken on numerous occasions.