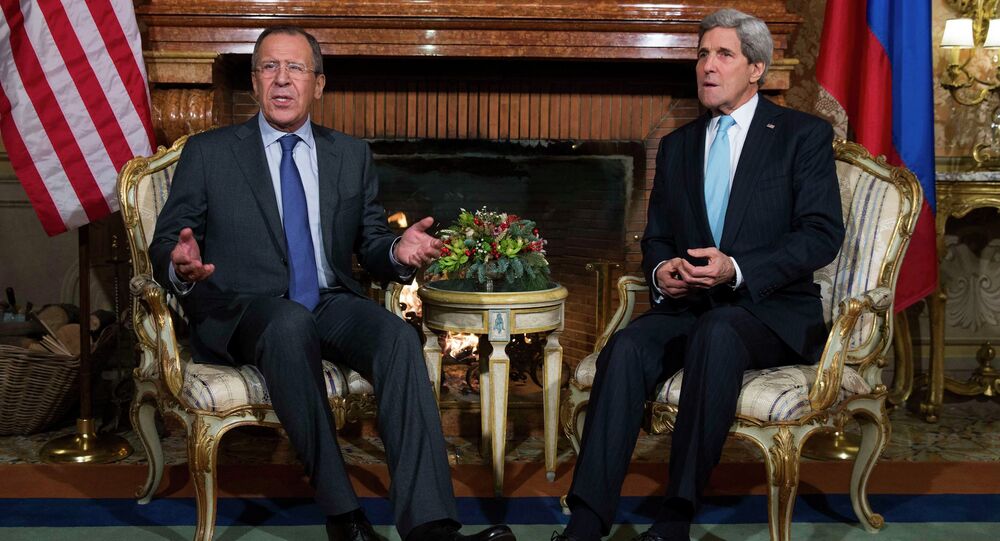 Former US Secretary of State and foreign policy expert Henry Kissinger said Thursday that the US must open a context for Russia’s long-term role in international relations, where it should to play an essential role.

“On many issues, especially Islamic extremists, American and Russian interests should prove compatible,” Kissinger told the US Senate Armed Services during testimony. Asserting that the United States must address “the immediate threats”, posed by Russia along Ukraine’s eastern border, Kissinger stated the United States must react “in a manner that leaves open a context for Russia’s long-term role in international relations, where it is needed to play an essential role.”

In its relations with Russia, the United States faces “a dual challenge,” Kissinger noted. It must balance its shared interests and the need to have Russia integrated in the world community, while addressing concerns about Russian relations with “states once constrained in its satellite orbit.”

Russian leadership has repeatedly rejected western accusations that it is interfering into the sovereign affairs of Ukraine. Russian President Vladimir Putin has repeatedly endorsed the Minsk peace process and urged the resolution of the Ukrainian crisis through diplomatic means.

Kissinger served under US Presidents Richard Nixon and Gerald Ford, and Ronald Reagan. He has served on the US Department of Defense’s Defense Policy Board since 2001, and is currently the chairman of the global consulting firm, Kissinger and Associates in New York City.