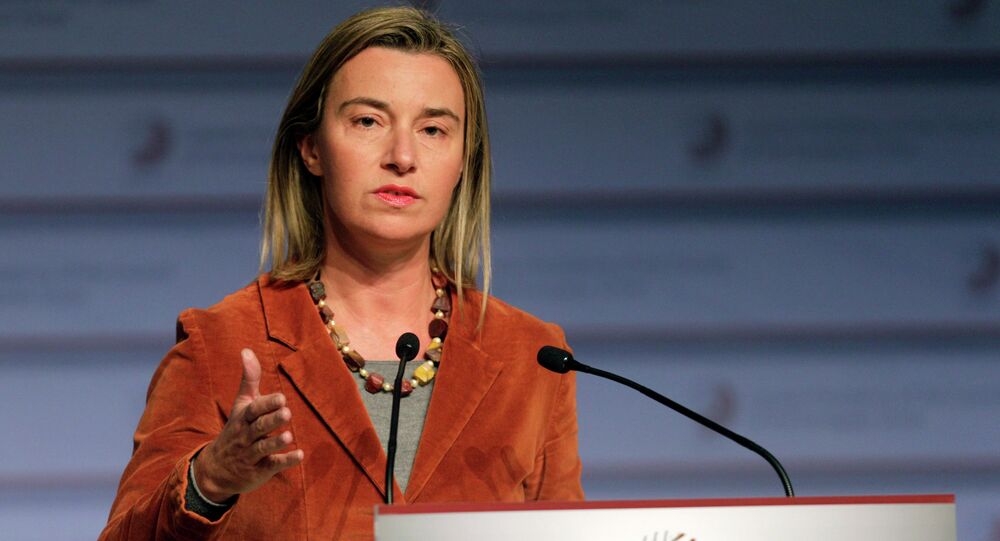 According to EU top diplomat Mogherini, the European Union has decised to extend the restrictive measures on Russia targeting persons and entities that until September.

"We have decided to extend the restrictive measures targeting persons and entities that were decided in March last year…until September of this year," EU High Representative for Foreign Affairs and Security Policy Federica Mogherini told reporters following the extraordinary Foreign Affairs Council meeting in Brussels.

© REUTERS / Marko Djurica
Greece Disagrees With Anti-Russian Sanctions to Show Independence From EU
"In addition to that we have decided to have a proposal within one week of further names of individuals and entities to be added to this list. That decision will be taken at the next Foreign Affairs Council on February 9," Mogherini said.

The European Union imposed the first set of travel bans and asset freezes against individuals and entities allegedly responsible for destabilizing Ukraine in March 2014.

Mogherini called the meeting earlier than planned due to the deterioration of the situation in the southeast of Ukraine, including the deadly attack in Mariupol, which claimed the lives of 30 civilians.

In response to the western sanctions, it imposed a one-year ban on the import of certain foods from the countries that imposed restrictions.