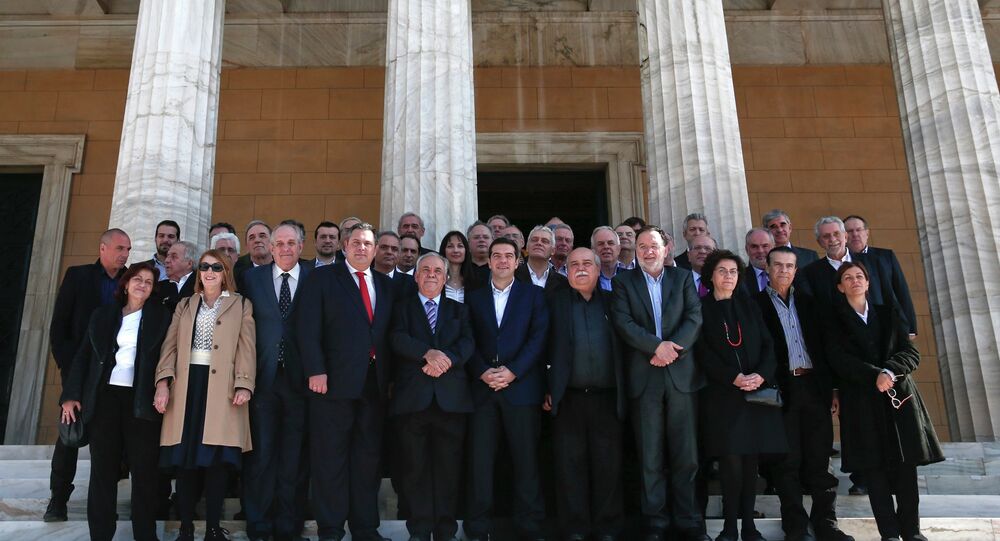 According to a White House press release, US President Barack Obama congratulated Greek Prime Minister Alexis Tsipras with the parliamentary victory and expressed hope for cooperation with the new Greek government.

“The President [Obama] spoke with [Greek] Prime Minister Tsipras today to congratulate him on his recent election victory. The president noted that the United States, as a longstanding friend and ally, looks forward to working closely with the new Greek government,” the press release issued on Wednesday said.

Do you believe SYRIZA can fix Greek economy?
Voted: 1257
All polls
The US-Greek cooperation will concentrate on assisting Greece “to return to a path of long-term prosperity,” according to the White House.

“The two leaders also reviewed close cooperation between Greece and the United States on issues of European security and counterterrorism,” the release said.

Last Sunday Greek radical left-wing Syriza party won parliamentary elections securing 149 seats out of 300. Syriza reached an agreement with the right-wing Independent Greeks party to form a government by creating a coalition, and the leader of Syriza party Tsipras was sworn in as new prime minister of Greece. Tsipras’s main pledge during the election campaign was to renegotiate Greece’s economic crisis bailout terms without leaving the Eurozone.

Tsipras said on Wednesday that the country is against sanctions imposed on Russia, as they damage the Greek economy, including agriculture.