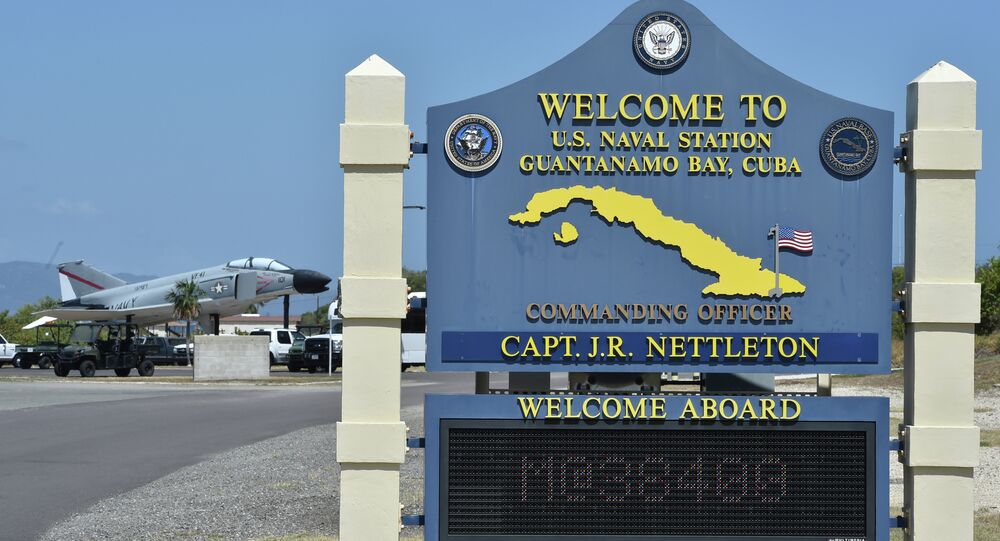 Cuban President Raul Castro said that the restoration of bilateral relations with the US was not possible until the embargo was lifted and the Cuban territories in Guantanamo Bay had not been returned.

© AFP 2019 / YAMIL Lage
US-Cuba Talks Conclude, First Steps Taken on Long Road to Normalization
MEXICO CITY, January 28 (Sputnik) – Cuban President Raul Castro has urged the United States Wednesday to return the territories of the Guantanamo Bay that belong to Cuba and lift the trade embargo in order to improve the bilateral relations between the two countries.

"The restoration of bilateral relations will not be possible, as long as the embargo exists and the Cuban territories in Guantanamo Bay have not been returned," Castro was quoted as saying by the Venezuelan network TeleSur.

The Guantanamo Bay detention camp in Cuba was established in 2002, following the September 11, 2001, terrorist attacks on the United States.