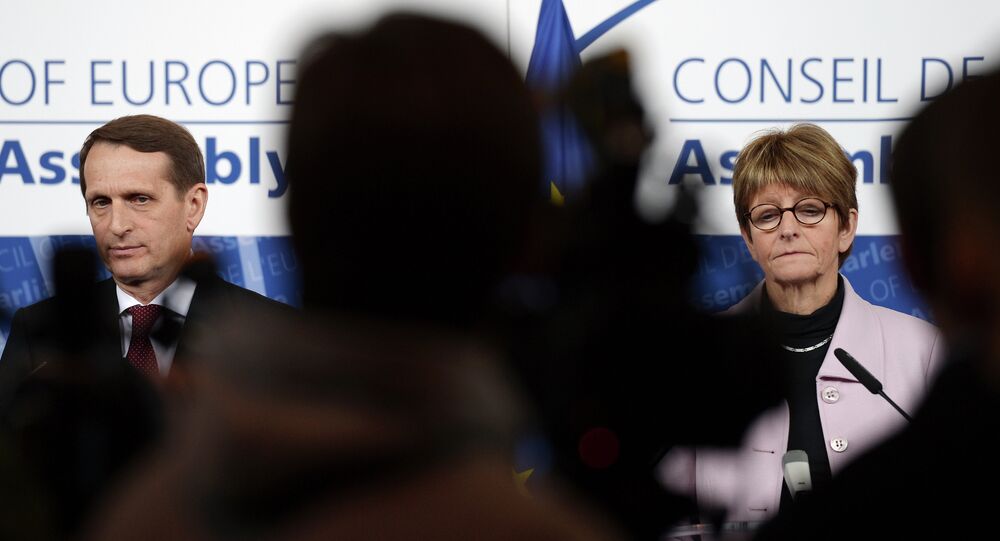 PACE President Calls for Continuation of Dialogue With Russia

The Parliamentary Assembly of the Council of Europe president stated that despite the suspending of Russia's voting rights, the assembly is ready to continue a dialogue with Russia.

"I think we have to continue to talk, and suspending voting rights does not mean we don't want to talk to [the Russian delegation]," Brasseur told journalists. "I think we still can, we must talk together."

The Russian delegation at the assembly was stripped of its voting rights in light of the ongoing tensions in eastern Ukraine, with the West accusing Moscow of escalating the crisis in the country.

Despite several delegates' calls not to suspend Russia's voting rights in PACE, the assembly decided to strip the Russian delegation of its rights to vote until its April session.

PACE previously suspended Russia's voting rights in spring 2014 in response to Crimea's reunification with Russia. In protest, the Russian delegation walked out of the PACE spring 2014 session and skipped the summer session.