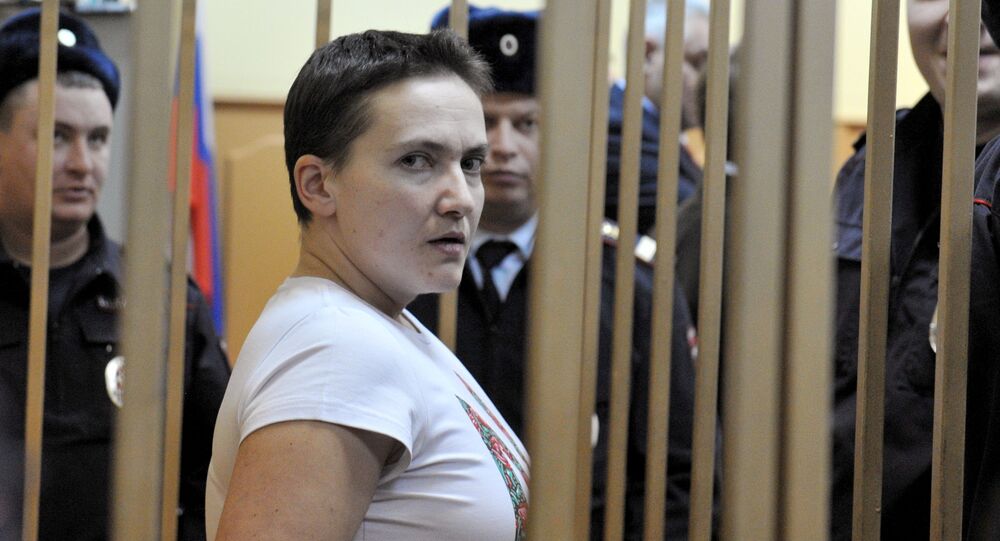 © Sputnik / Alexei Andreev
US Calls on Russia to Release Savchenko: State Department
STRASBOURG, January 28 (Sputnik) — The Russian delegation to the Parliamentary Assembly of the Council of Europe (PACE) will ask Russian investigative bodies to allow the assembly’s representative to meet with Ukrainian pilot Nadezhda Savchenko who was detained in Russia on suspicion of killing journalists, delegation head Alexei Pushkov told Sputnik on Wednesday.

“As a confirmation of our constructive position, our delegation made a decision that we will ask the investigative bodies of the Russian Federation to ask them [to] provide the representative of the Parliamentary Assembly of the Council of Europe to visit Russia to meet Nadezhda Savchenko, check on her health, talk to her and thus the Parliamentary assembly will have an opportunity of understanding the situation,” Pushkov told Sputnik.

Savchenko is currently in custody in the city of Voronezh. Russian investigative officers claim that she was a fire spotter during a mortar attack near the eastern Ukrainian city of Luhansk on June 17. As a result of the attack, two Russian journalists, Igor Kornelyuk and Anton Voloshin, were fatally wounded.

© Sputnik / Vladimir Fedorenko
Russia May Exit Council of Europe if PACE Voting Rights Denied
According to Pushkov, Russia made the offer in light of PACE's attention to this issue and to offer a constructive approach to relations with the Council of Europe.

Pushkov added, however, that the delegation would go ahead with the move only if the Russian delegation did not suspect membership in the PACE.

“This decision will be realized only in case Russian delegation remains in PACE. In case if we walk out before the end of 2015, in case we suspend our membership, no official contacts between Russia and PACE will take place until the end of 2015 and this proposal will not be realized,” Pushkov explained.

In spring 2014, PACE suspended the Russian delegation's voting rights in response to the country's reunification with Crimea.

On Wednesday, the PACE plenary session will discuss the credentials of the Russian delegation in the assembly, including its voting rights.