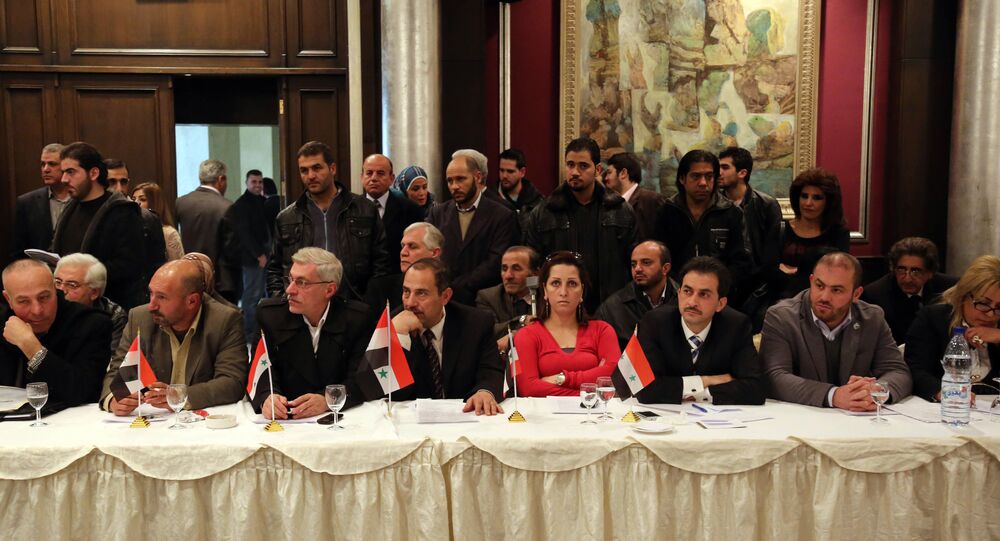 Leader of the Syria Homeland Party said Syrian opposition members agreed on a ten-point crisis settlement plan, which includes the release of political prisoners and captives, primarily women and children, food deliveries to all regions of Syria as well as the creation of a joint human rights commission to control these issues.

“We have agreed on ten points, including the release of political prisoners and captives, primarily women and children, food deliveries to all regions of Syria without exception… as well as the creation of a joint human rights commission inside Syria to control these issues,” said Majd Niazi, Secretary General of the Syria Homeland Party (Souria Al Watan).

The intra-Syrian talks between Syrian government officials and representatives from opposition parties began in Moscow on Monday. The four-day negotiations are intended to bring a peaceful resolution to the Syrian crisis.

“We are longing for a final document to be prepared at the end of all rounds of talks between the opposition and the government,” Niazi said.

The talks in Moscow are the first ones to focus on the Syrian crisis since January 2014. At that time, the second round of the UN-backed conference on Syria was held in Geneva, Switzerland, failing to yield significant results.

Civil war started in Syria in 2011. The country's army is fighting several opposition and rebel groups, including the Islamic State. Syria's internal conflict has claimed nearly 200,000 lives so far, according to UN estimates.