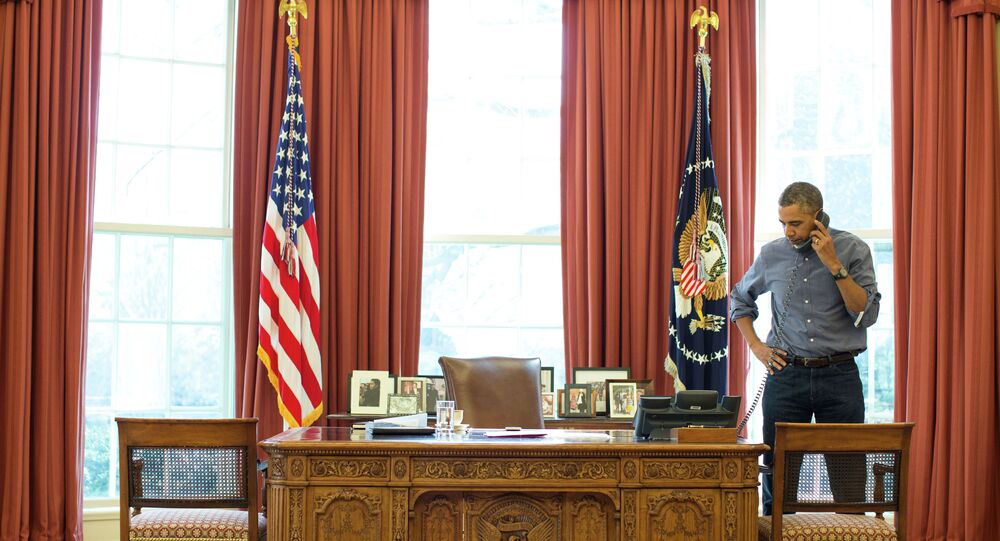 According to the White House's statement on Tuesday, US President Barack Obama and German Chancellor Angela Merkel agreed on the importance of finalizing a robust package of financial support for Ukraine to stabilize its economy.

According to the statement released Tuesday, the two leaders "agreed on the importance of finalizing a robust package of financial support for Ukraine to enable it to stabilize its economy".

Do you think Russia and the US are heading back towards Cold War?
Voted: 1
All polls
The US Department of Treasury announced earlier this month that it would give up to $2 billion in loan guarantees to the government of Ukraine in 2015. Last year, the United States provided Ukraine with some $340 million in assistance, in addition to the $1 billion sovereign loan guarantee provided in May, 2014.

Ukraine has found itself on the verge of a default amid the ongoing conflict in the southeast and Kiev has tried to rescue the country's economy through international loans.

On Tuesday, the head of the Kremlin administration Sergei Ivanov told reporters that based on various credit agreements, Ukraine owes Russia $25 billion.

Russian Foreign Minister Sergei Lavrov has said that Moscow had not asked Kiev for early repayment of $3 billion, although it was due time, in order to support Ukraine's economy.