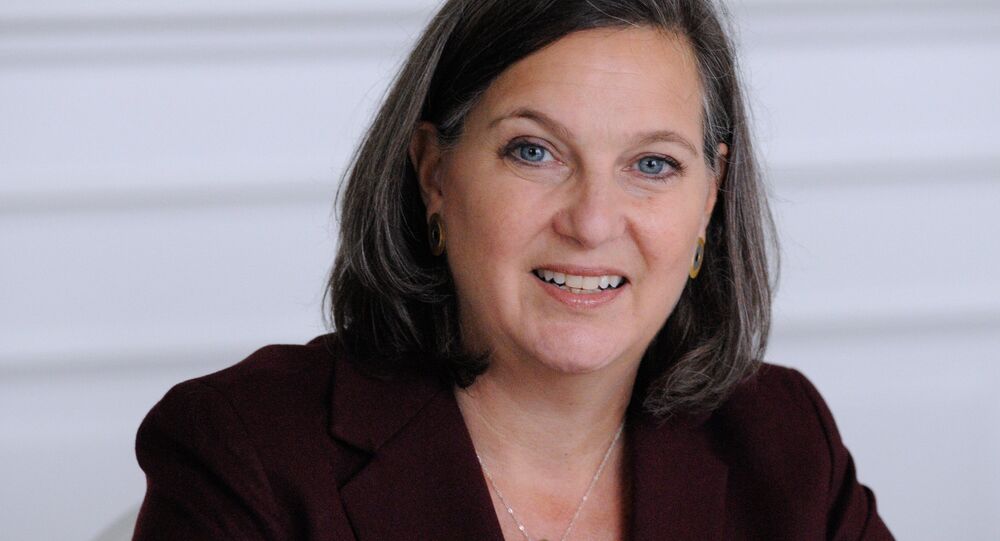 US Assistant Secretary of State for European and Eurasian Affairs Nuland said that Washignton would continue to provide economic and military aid to the Kiev government, while increasing pressure on Moscow.

© Sputnik / Alexey Kudenko
OSCE PA Calls on Russia to Close Border With Ukraine Amid Increasing Violence
WASHINGTON, January 27 (Sputnik) — The United States and the European Union may increase the "costs" imposed on Russia following increased violence in eastern Ukraine over the past weeks, the US Assistant Secretary of State for European and Eurasian Affairs said Tuesday.

"We were talking about how sanctions could be rolled back if and when the Minsk agreements were fully implemented. And now after the past week of flagrant violations of Minsk [agreements], on both sides of the Atlantic we are forced to talk about the need to increase costs on Russia," Victoria Nuland said at the Brookings Institution.

Existing US and EU sanctions "are the direct result of the policy decisions Moscow has taken to mess in the affairs on another country," Nuland said, arguing they were already imposing costs on Russia and its citizens.

Do you think Russia and the US are heading back towards Cold War?
Voted: 1
All polls
She also said that the United States would continue to provide economic and military aid to the Kiev government.

In April 2014, a military confrontation broke out in Ukraine, with Kiev launching a military operation in eastern Ukraine in an attempt to suppress independence supporters in Donetsk and Luhansk.

Western countries have accused Russian authorities of escalating the crisis in Ukraine, and implemented several rounds of sanctions against Moscow, targeting Russia's finance, defense and energy sectors, as well as certain individuals.

Russia has denied allegations concerning its involvement in Ukraine's internal affairs and repeatedly called for a political solution to the existing tensions in eastern Ukraine.