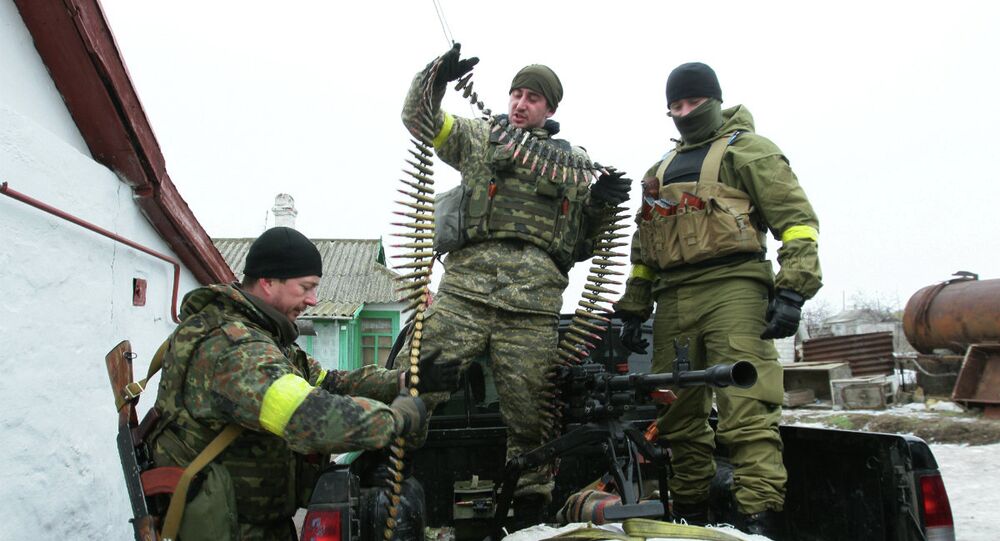 Russian President Vladimir Putin stated during his phone conversations with German Chancellor Angela Merkel and French President Francois Hollande that the deterioration of the situation in Ukraine was caused by Kiev's drive to forcibly suppress Donbas.

"The Russian president underlined that the deterioration of the situation was caused by Kiev's drive to forcibly suppress Donbas," the Kremlin said, following phone calls between Putin, German Chancellor Angela Merkel and French President Francois Hollande.

Putin also stressed the importance of direct dialogue between Kiev and self-proclaimed Donetsk and Luhansk people's republics in search for a peaceful solution of the Ukrainian standoff, the Kremlin's statement said.

The fighting in southeastern Ukraine’s Donbas region has intensified in recent weeks, driving up the civilian death toll. On January 13, the shelling of a bus in the Donetsk Region town of Volnovakha killed 13 civilians. Last week, at least eight Donetsk residents were killed in a shelling of a trolleybus stop.

On January 24, the southeastern Ukrainian port city of Mariupol was shelled, with the Kiev forces and Donbas independence supporters trading the blame for the attack. The shelling left 30 people dead and over 90 injured.

The warring sides agreed to a ceasefire back in September 2014 in Minsk, with talks mediated by Russia and the Organization for Security and Co-operation in Europe (OSCE), although ever since then the opposing parties have accused each other of violating the truce.