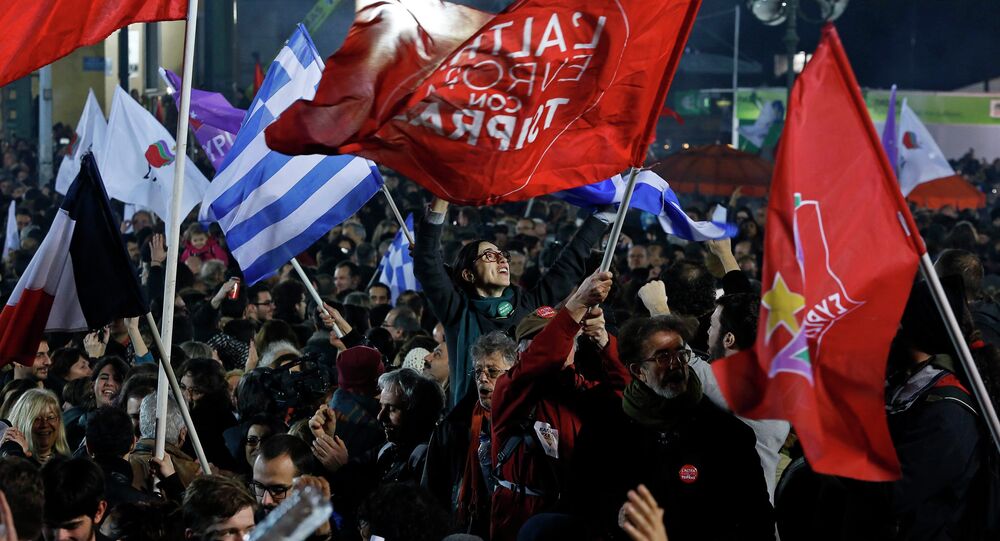 According to official results from the polling stations, Greece's far-left party Syriza secured 149 out of 300 seats in the snap parliamentary elections.

The party secured 149 out of 300 seats, official results from the polling stations showed.

Meanwhile, Syriza party leader Alexis Tsipras has been sworn in as new prime minister in a ceremony attended by Greek President Karolos Papoulias.

Do you believe SYRIZA can fix Greek economy?
Voted: 1257
All polls
Earlier Monday, Syriza has formed a majority government by creating an alliance with the right-wing Independent Greeks party after failing to secure a majority in the parliamentary election held Sunday.

"I want to say, simply, that from this moment, there is a government," Panos Kammenos, the Independent Greeks leader, was quoted as saying by The Guardian on Monday after a meeting with Syriza.

The 149 seats gained by the Radical Coalition of the Left fell just two short of an absolute majority. The anti-austerity party is in discussions with other parties that have surpassed the 3-percent election hurdle for a possible coalition.

In his election campaign, Syriza's Tsipras pledged to put an end to the widely unpopular austerity measures imposed by EU bankers, including severe budget cuts and tax hikes. On speculations about Greece exiting the eurozone, Tsipras made assurances that his party did not intend to take Greece out of the currency bloc.