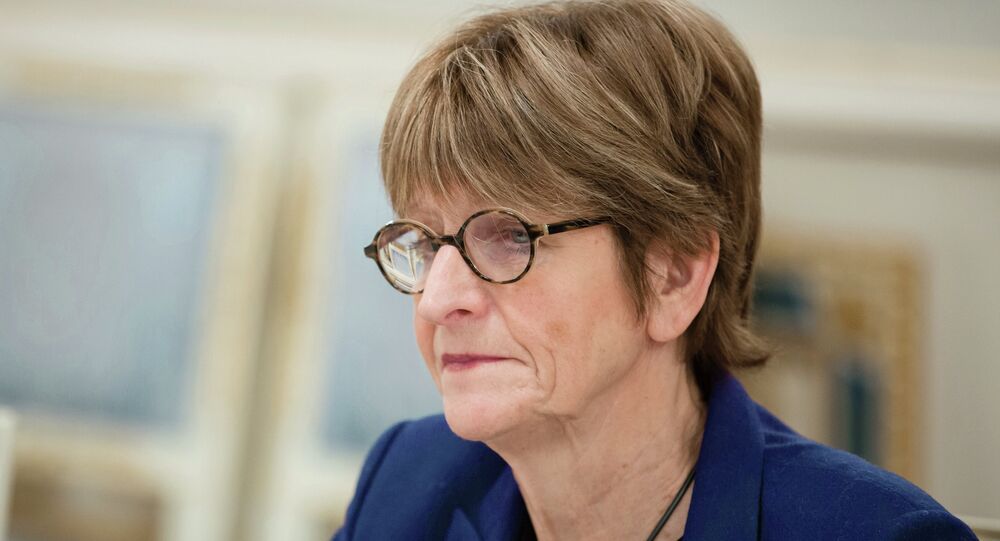 The PACE President said Ukraine has to conduct constitutional and judicial reforms to overcome the current crisis situation.

© Sputnik / Alexey Kudenko
110 Rescued, Hundreds Remain Trapped Underground in Donetsk Mine After Mortar Strike
STRASBOURG, January 26 (Sputnik) – The president of the Parliamentary Assembly of the Council of Europe (PACE) called on Ukrainian authorities on Monday to carry out reforms in the country as soon as possible.

"They ["Ukraine] have now to make all the necessary reforms in order to develop a strong stable country," Anne Brasseur said at the PACE winter session.

According to Brasseur, the reforms should include constitutional and judicial changes, decentralization measures, and the fight against corruption.

She also stressed that Ukraine now has to conduct a number of reforms to change the domestic situation.

© REUTERS / Nikolai Ryabchenko
PACE Urges Investigation Into All Crimes Committed in Ukraine
"Ukraine is a very vulnerable country as it doesn't have strong institutions," Brasseur said, adding the reforms should be in line with democratic standards.

Following the February 2014 coup, which brought pro-EU authorities to power, Kiev has initiated a number of reforms in order to draw the country's economic and judicial systems closer to European standards. The country has been promised aid amounting to $17 billion by the International Monetary Fund. A number of individual countries have also allocated funds to speed up the country's structural reforms.