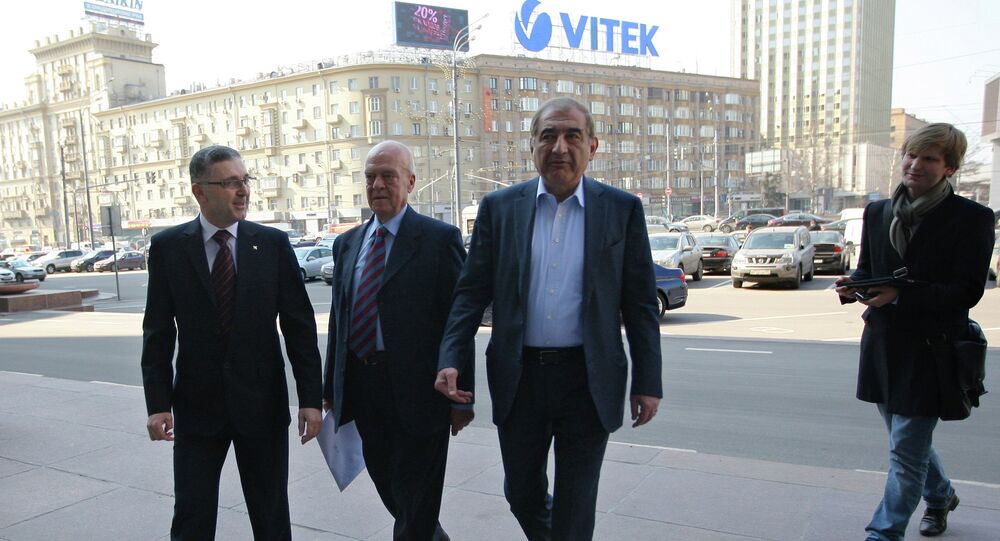 Russian Foreign Minister Lavrov said during a joint press conference with his Israeli counterpart Lieberman that intra-Syrian talks in Moscow were a part of the reconciliation process without setting any preliminary conditions.

"We see our efforts as a part of the overall process in creating the conditions for renewing talks on the intra-Syrian settlement without any preliminary conditions," Lavrov said during a joint press conference with Israeli Foreign Minister Avigdor Lieberman in Moscow.

On Monday, intra-Syrian talks, aimed at reaching a breakthrough in the settlement of the conflict in Syria, have begun in Moscow. The negotiations will last until January 29.

Lavrov said last week that there were no plans for signing any documents after the negotiations. Lavrov also noted that Russian representatives would not take part in the meeting adding that discussions would be held by the Syrians themselves.

In June 2012 and January 2014 in Geneva, Switzerland, representatives of the Syrian government, opposition and international mediators gathered to discuss the country's political crisis. However, both rounds of Syrian reconciliation talks failed to put an end to the civil war.

The Syrian civil war began in 2011 after a series of anti-government rallies. As a result of the conflict, some 200,000 people have been killed, with millions also displaced, according to UN estimates.

US Uninvolved in Syria Talks in Moscow, Welcomes Efforts to Solve Conflict