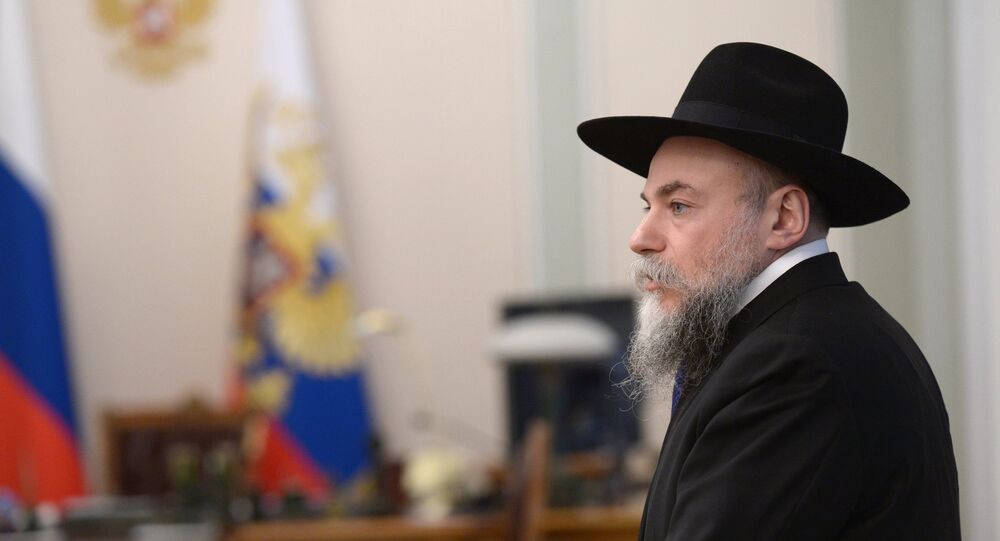 According to the Jewish community leader, by deciding to block the exhibition devoted to the Holocaust Latvia has vowed support to collaborationism "which was flourishing in the Baltic countries during the World War II."

© REUTERS / Pawel Ulatowski
Russia is Set to Attend Holocaust Memorial Event in Auschwitz
MOSCOW, January 21 (Sputnik) — The president of the Federation of Jewish Communities of Russia (FJCR), Alexander Boroda has condemned Latvia's banning of an exhibition in the UNESCO headquarters devoted to the Holocaust, calling this step revisionist, FJCR said Wednesday.

"Without any doubts, the fact that the country presiding over the European Union has banned an exhibition which recounts the tragic destinies of children is yet another step towards the strengthening of revisionist trends, yet another attempt to cross out an unfavorable for a country [Latvia] page in history," Boroda said, as quoted by FJCR press service.

Boroda stressed that the Holocaust was a tragedy not only for the Jewish people, but for the whole civilized world. "This is the most terrifying period in the history of 20th century and we just do not have the moral right to forget or ignore it," Boroda stressed.

© Sputnik / Y. Polyakov
Latvia's Permanent UNESCO Delegation Vetoes Holocaust Exhibition in Paris
According to the Jewish community leader, by deciding to block the exhibition Latvia has vowed support to collaborationism "which was flourishing in the Baltic countries during the World War II."

The exhibition titled "Hijacked childhood. Victims of the Holocaust as seen by the child prisoners of Nazi concentration camp Salaspils (Latvia)" was scheduled to open at the UNESCO headquarters in Paris on January, 26.

According to UNESCO regulations, Riga's approval was required for the exhibition to be held, as its contents are directly linked to events that happened in Latvia. However, the Permanent Delegation of the Republic of Latvia to UNESCO has cancelled the exhibition.

On Tuesday Alexander Dyukov, the head of the Moscow-based Historical Memory Foundation and one of the exhibition's organizers told RIA Novosti that Riga cancelled the event fearing that it would harm Latvia's image in the European Union.

The same day a source in UNESCO told RIA Novosti that Riga announced its ban after learning that a Russian citizen declared "persona non grata" in Latvia was one of the members of the exposition's scientific board.