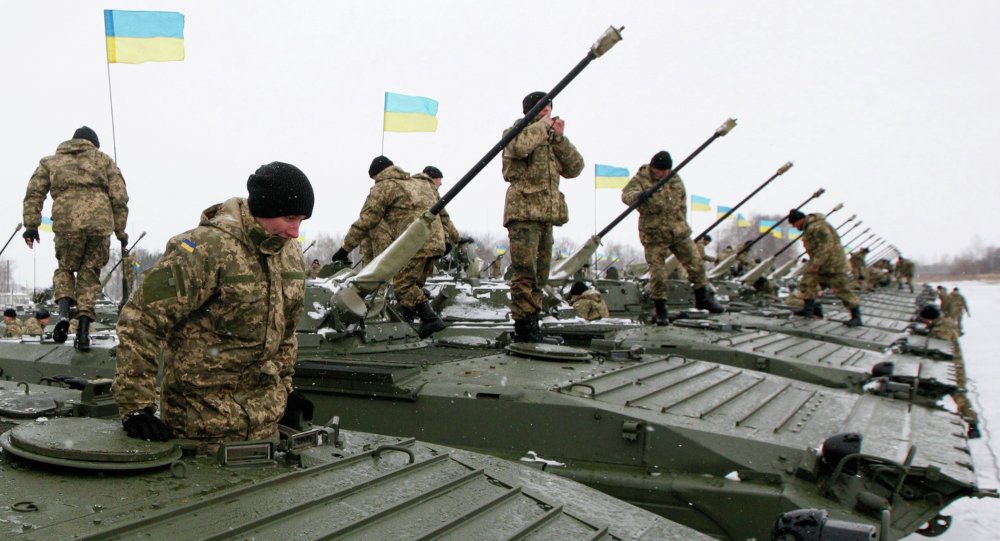 Moscow believes that delivering weapons to conflict zones contradicts the norms of the EU and the OSCE, Russian Foreign Minister Lavrov said during a press conference.

© Sputnik / Gennady Dubovoy
US-Made Weapons, High-Power Explosives Found in Donetsk Airport
MOSCOW, January 21 (Sputnik) – The delivery of weapons to Ukraine by a number of NATO members and European Union countries contradict the norms set out by the EU and the Organization for Security and Co-operation in Europe (OSCE), Russian Foreign Minister Sergei Lavrov said Wednesday.

“[Russian] President [Vladimir] Putin has said several times that there are no other weapons in Ukraine besides Soviet-made ones, but only up until recently when weapons started being delivered by some of [Ukraine’s] neighbors from NATO and the European Union,” Lavrov said during a press conference in Moscow.

© East News / UPI Photo / eyevine
Hackers Leak US Document Scans With Plans to Supply Weapons to Kiev
After a military operation was launched by Ukrainian authorities against independence supporters in the southeast of the country in April 2014, the West accused Russia of participating in the conflict, in particular, of providing weapons to local militia, a claim that Moscow has repeatedly denied.

In September 2014, Ukrainian President Petro Poroshenko said that a number of NATO countries had agreed on delivering modern weapons to Ukraine. Presidential adviser Yuri Lutsenko claimed later that an agreement was reached at the NATO summit in Wales on the supply of weapons from the United States, France, Poland, Norway and Italy. However, the countries subsequently denied the statement.

Proshenko's claim came amid a ceasefire agreement reached on September 5 at a Contact Group on Ukraine meeting in the Belarusian capital Minsk.

NATO has repeatedly said that the organization itself cannot supply weapons and other military equipment to Ukraine. However, NATO Secretary General Anders Fogh Rasmussen stated that NATO would not interfere in the decisions of individual member states regarding such decisions.

Ukrainian Standoff Could Be Resolved Only Through Dialogue, Kremlin Says