No agreements are going to be signed during the talks between Syrian government and Syrian opposition in Moscow, Russian Foreign Minister said during a news conference. 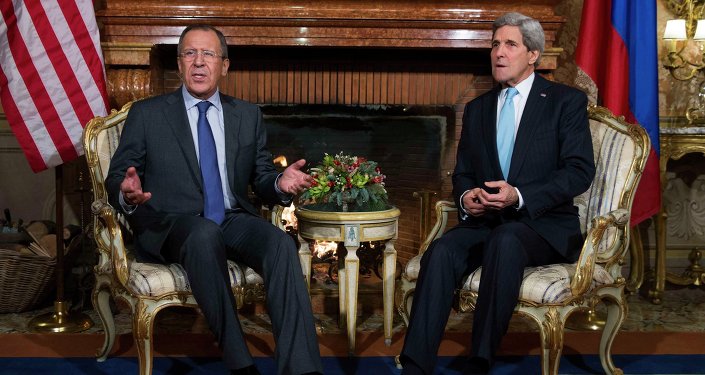 “After these negotiations, no signing of documents is planned, the opposing sides will reach an understanding that they want to live in Syria that is sovereign, territorially integrated, and in which all of the ethnic and confessional groups are protected equally,” Lavrov said during a press conference in Moscow.

“Russia won’t have official representatives [at the meeting]. Our experts, who personally know the opposing sides, will help and will be given the floor, but [the negotiations] will be held by the Syrians themselves,” Lavrov added. 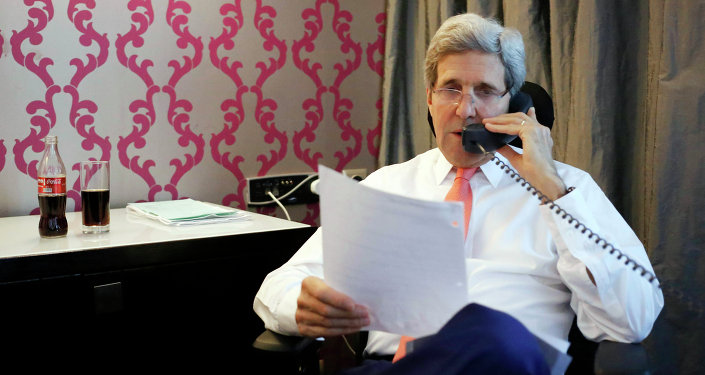 © AFP 2019 / POOL
Kerry Reaffirms US Support of Syrian Talks in Moscow
Syria's government and several Syrian opposition leaders are set to meet in Moscow on January 26 for four-day talks aimed at reviving peace negotiations, after rounds of Geneva talks a year ago failed to put an end to the ongoing turmoil in the country.

Lavrov confessed earlier he was hopeful for the success of the upcoming talks, which he said would afford the opportunity for "a fair level of participation" among the delegations represented, despite some opposition groups in Syria saying at the last moment they were not coming.