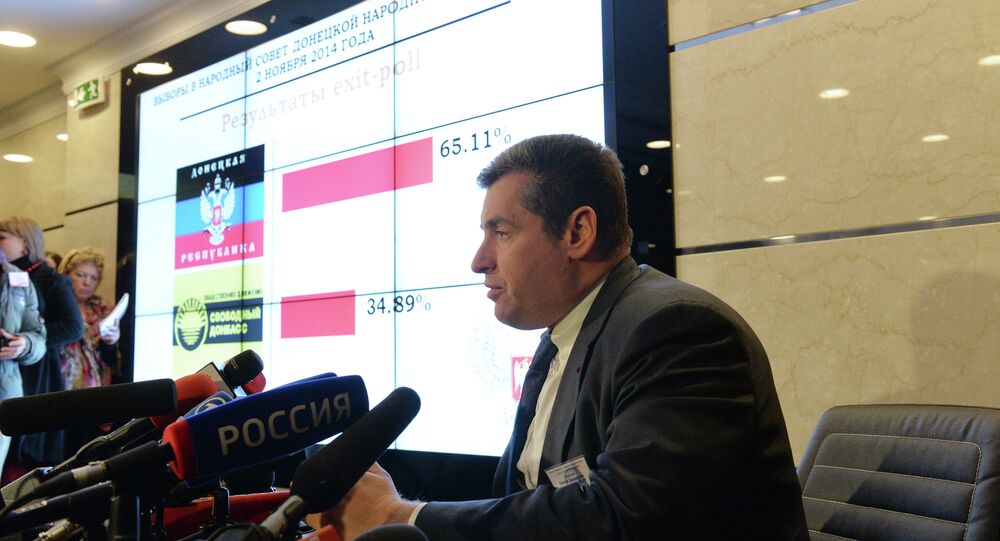 Russia, Europe to Discuss Relations in Paris Ahead of PACE January Session

Leonid Slutsky, the head of Russia's Duma committee on CIS issues and Eurasian integration reported that Russia and the Parliamentary Assembly of the Council of Europe will discuss relations between Russia and other European Council member states at the forthcoming meeting in Paris.

© Photo : PACE
Russia Mulls Optimistic Scenario of Cooperation with PACE
MOSCOW, January 20 (Sputnik) — Russian officials and the representatives of the Parliamentary Assembly of the Council of Europe (PACE) will discuss relations between Moscow and Strasbourg in Paris, prior to PACE January session, Leonid Slutsky, the head of Russia's Duma committee on CIS issues and Eurasian integration, has told RIA Novosti.

"A meeting of the subcommittee on the policy of relations between Russia and other European Council member states will take place in the French capital," Slutsky said.

He said that the discussion at the forthcoming meeting will focus on cooperation between Russia and Europe, adding that the participants might also discuss cooperation on the ceasefire regime in eastern Ukraine.

© AFP 2019 / Christian Lutz
PACE Says Unaware of Dutch Resolution Barring Russia From Voting
"Swiss co-rapporteur for the monitoring of Russia Andreas Gross has come forth with a roadmap for cooperation, and we have not agreed with all of its points… He may present a revised version of it, which we will be able to agree with," Slutsky said.

He said that the possible revised version of the roadmap on the normalization of the relations between Moscow and Strasbourg could be presented to the Bureau of the Assembly. Slutsky added that the upcoming PACE meeting in January will not be discussed.

In April 2014, PACE suspended the voting rights of the Russian delegation, following Crimea's reunification with Russia in March. On January 12, the Speaker of Russia's lower house of parliament, Sergei Naryskin, said he would participate in the PACE winter session on January 26-30, as the rights of each delegation are renewed annually.

On Monday, media reports suggested that the Dutch delegation had prepared a draft resolution, which prohibited Russia's voting rights until 2016, but a PACE staff member told Sputnik that the assembly had no information pertaining to the matter.

PACE to Consider Restoration of Russian Delegation's Rights in Assembly