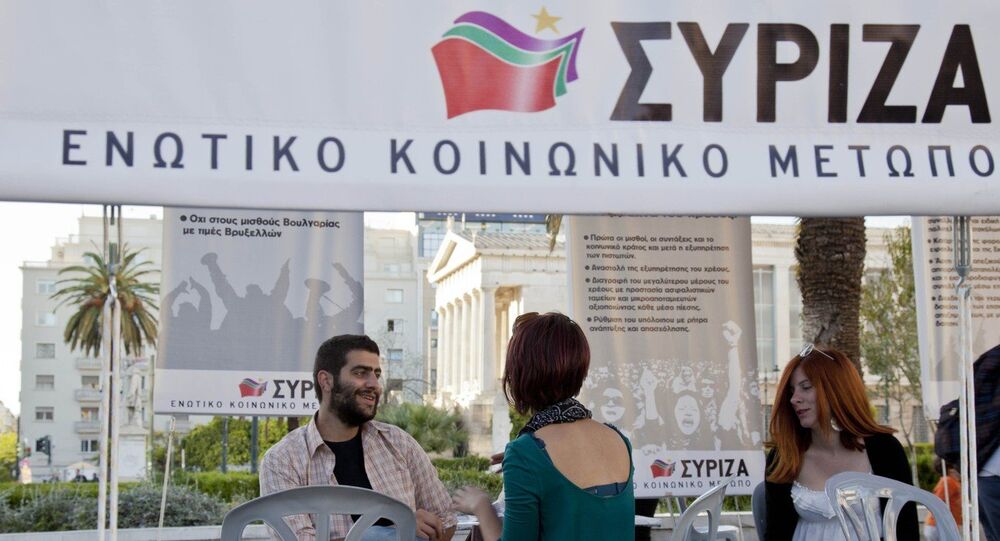 Greek left-wing coalition Syriza believes that anti-Russian sanctions imposed by the EU are damaging peace and stability throughout Europe.

According to Lafazanis, a leftist government, should it come to power in Greece after the elections, will try to improve ties with Russia.

© Sputnik / Egor Eryomov
Greece Backs Russia’s Decision to Scrap Gas Transit via Ukraine
“Absolutely nothing is dividing the people of Greece and the people of Russia. Greece and Russia have no problems that divide us. Good connections is the only way for the two nations and two states and improving the bilateral ties would help Greece, Russia and most certainly the whole Europe, the European Union as a whole,” Lafazanis said.

Originally found as a coalition of left-wing and radical left political parties, the eurosceptic Syriza is Greece's second-largest party. Polls suggest that Syriza is most likely to win the country's snap parliamentary elections Sunday.