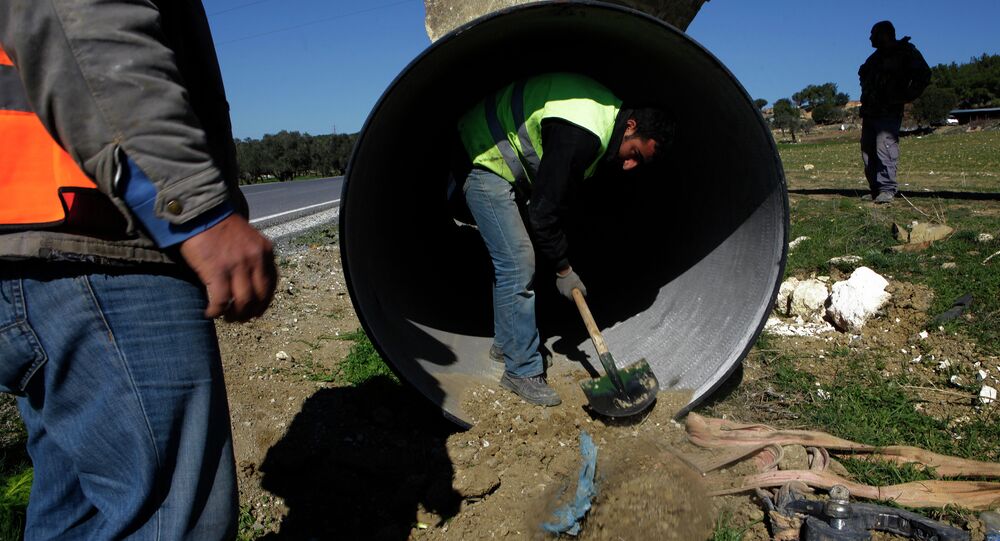 Turkey's forestry and water minister said that the water pipe that runs from Turkey to Northern Cyprus will become operational in July 2015.

"Water will be delivered to Northern Cyprus under the project of water supply to the island on July 20, on the anniversary of the peacekeeping operation [deployment of the Turkish troops in Cyprus in 1974]," Eroglu told reporters.

© Sputnik / Eduard Pesov
Turkey Urges to Achieve Peace Over Cyprus Natural Resources Issue: PM
According to the minister, Turkey will deliver to Northern Cyprus as much as 130 million cubic meters of water annually. The investments to the Alakopru and Gecitkoy dams that were constructed under "The Northern Cyprus Water Supply Project" will amount to 80 million of Turkish lira (some $37 million).

The water pipe that was constructed under the sea is 80 kilometres (almost 50 miles) long. The total cost of the project unparalleled anywhere in the world exceeds $450 million. Water supplies from Turkey are expected to improve the level of agriculture and the level of life in general in Northern Cyprus.

Cyprus has been de facto divided between the Greek and Turkish communities since 1974, when Turkey invaded the island after a coup staged by the supporters of a Greek military junta.

Talks between the Turkish and Greek Cypriots resumed in February 2013 after a two-year break. However, the negotiations were further suspended in October 2014 after Turkey started geological exploration off the coast of Cyprus.