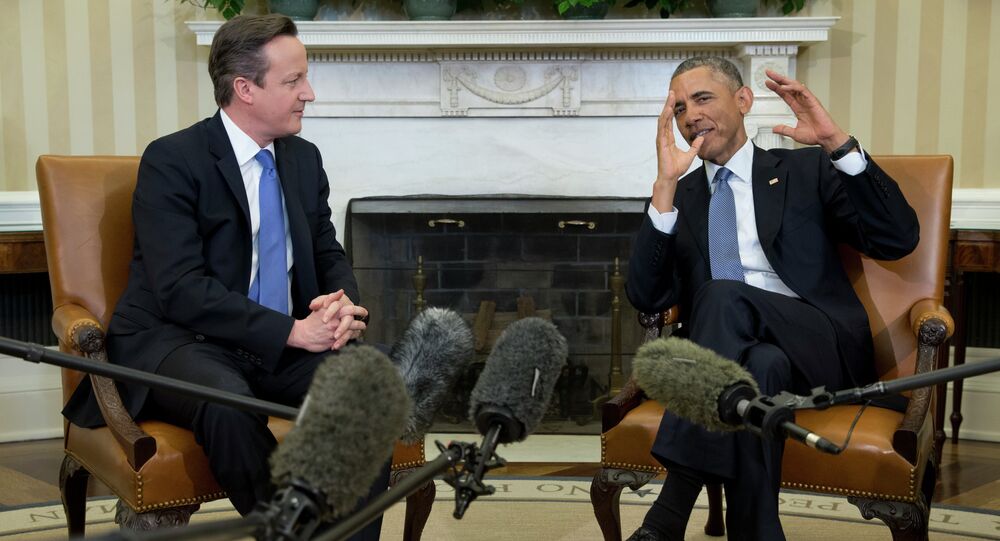 © AFP 2020 / THIERRY CHARLIER
Japan, Germany Split With US on Russia Sanctions Ahead of G7 Summit
WASHINGTON, January 16 (Sputnik) — The United States and the United Kingdom will continue their policy of strong economic sanctions against Russia and their support to Ukraine, US President Barack Obama said during a joint press conference with UK Prime Minister David Cameron on Friday.

“We agree on the need to maintain strong sanctions against Russia until it ends its aggression in Ukraine and on the need to support Ukraine as it implements important economic and democratic reforms,” Obama said.

Relations between Russia and the West have deteriorated following Crimea’s reunification with Russia in March 2014 and the escalation of an armed conflict in Ukraine’s southeast.

The United States, the European Union and their allies have imposed several rounds of sanctions on Russia over its alleged involvement in the Ukrainian conflict. Moscow has repeatedly denied those allegations. The sanctions target several individuals, accused of escalating the crisis, as well as Russia’s banking, energy and defense sectors.