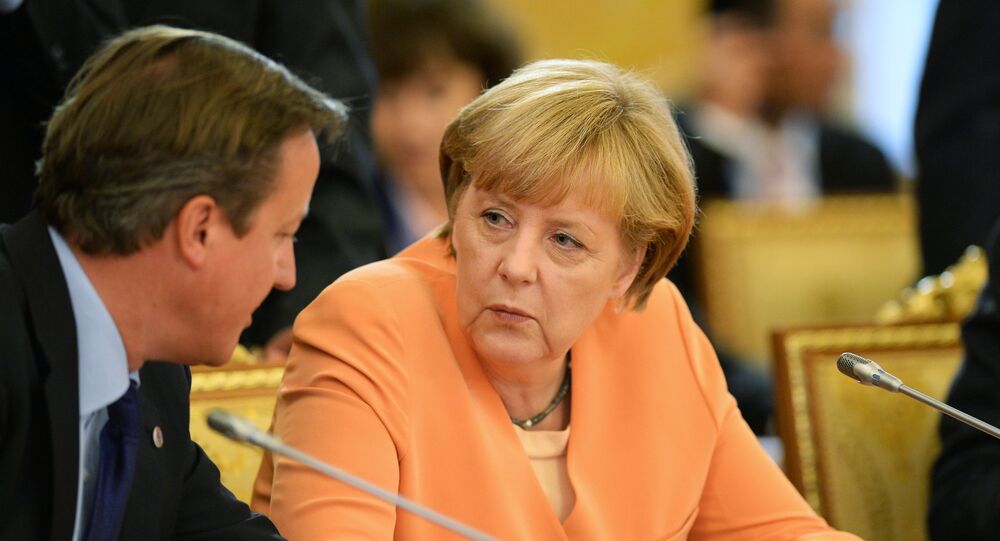 NATO desires political cooperation with Russia and does not want to pursue anti-Russia policies, according to German Chancellor Angela Merkel.

"Of course, according to Article 5, we will defend all of our member states, but we do not want to pursue policies against Russia, we desire political cooperation with [the] Russian Federation," Merkel told journalists after a meeting with NATO Secretary General Jens Stoltenberg.

The Chancellor of Germany was referring to Article 5 of NATO's Washington treaty, which stipulates that if there is an attack against one or more states in Europe or North America, it will be considered an attack against them all.

© East News / AP
Merkel: Russia Obstructing Moldova, Georgia, Ukraine Association With EU
Her words were echoed by Stoltenberg, who stressed that "NATO is not trying to lead a confrontation course against Russia, but wants a constructive relationship."

Earlier on Wednesday Russian Prime Minister Dmitry Medvedev said Wednesday that he wished to normalize relations with the West, stating that Russia "value[d] the relations that we've had with Europe over the last few decades."

NATO has been increasing its military presence in Eastern Europe in response to the Ukrainian crisis, accusing Moscow of interfering in Ukraine's affairs. Russia repeatedly denied those allegations, expressing concern regarding a build up of NATO forces at its borders.

Merkel, Top German Officials to Take Part in March for Tolerance in Berlin