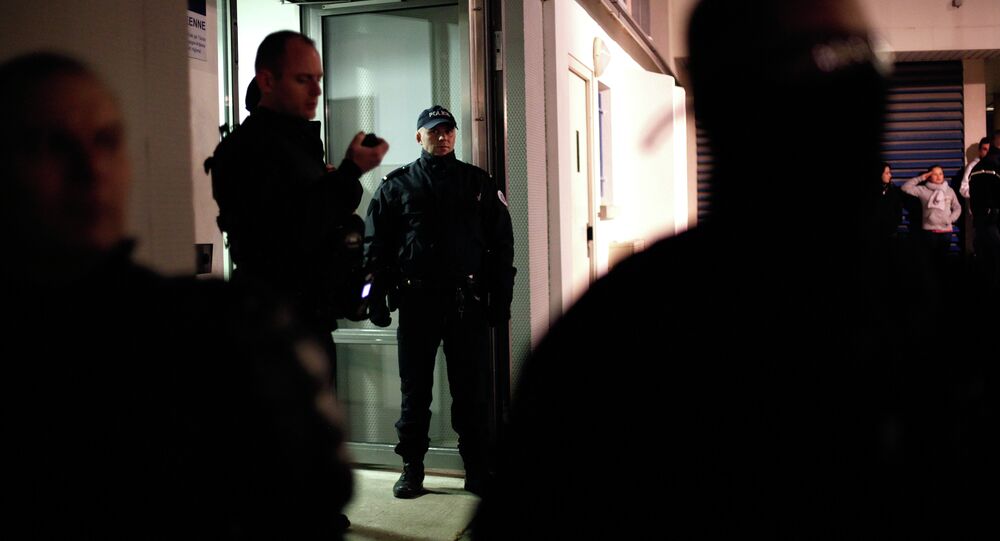 US State Department spokesperson Marie Harf commented on the French Charlie Hebdo magazine's attack by Islamists after it published a caricature of the Prophet Muhammad, saying that the US absolutely support the right of Charlie Hebdo to publish things like this.

© REUTERS / BBC/Jeff Overs/Handout via Reuters
Cameron Supports Publishing Prophet Muhammad Cartoon on Charlie Hebdo Cover
WASHINGTON, January 14 (Sputnik) – The French Charlie Hebdo magazine that has recently become the target of a terrorist attack by Islamists, who killed 12 of its journalists in the Paris office after it published a caricature of the Prophet Muhammad, has the right to publish any material, the US State Department has announced.

"Regardless of what anyone's personal opinion is, and I know there are very heated personal opinions about this, we absolutely support the right of Charlie Hebdo to publish things like this," US State Department spokesperson Marie Harf told journalists Tuesday.

Harf stressed that "religious sensitivity", however important it may be to many people, "never justifies violence or hatred".

© AP Photo / Lefteris Pitarakis
Charlie Hebdo Massacre a Result of EU Policies: UKIP Leader
According to the spokesperson, there is "a variety of factors" that plays into the decision of a publication such as Charlie Hebdo to release or withhold any given material and "we [US State Department] support the right of these organizations to publish freely".

On January 7, three men attacked the office of Charlie Hebdo in Paris, killing 12 people. The two terrorists, responsible for the attack were killed later during a police raid. The third suspect turned himself in.

© AP Photo / Matt Dunham
Charlie Hebdo Incident is Wake-Up Call for Europeans
The French magazine is known for its cartoons, mocking political and religious figures, among them the Prophet Muhammad, with the cover of the new Charlie Hebdo edition, out on Wednesday, also depicting the Prophet.

Angelique Kourounis, a journalist and producer, working for Charlie Hebdo, told Sputnik radio Wednesday that the satirical magazine has always pursued a secularist policy and that its staff is multiconfessional.

According to Kourounis, Charlie Hebdo plans to continue with its previous policy and will be publishing its usual material, despite the attack.