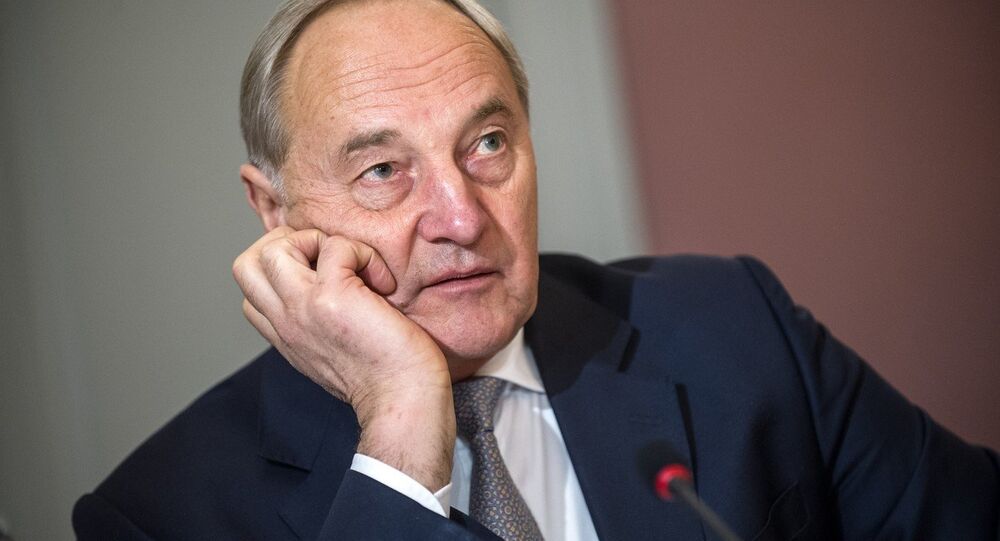 Latvian President Andris Berzins says his participation in the upcoming celebration of the 70th anniversary of the victory over Nazi Germany on May 9 in Russia will depend on the situation in Ukraine.

MOSCOW, January 13 (Sputnik) — Latvian President Andris Berzins' participation in the forthcoming celebration in Russia of the 70th anniversary of the victory over Nazi Germany will depend on the situation in Ukraine, the Baltic state’s foreign minister said Tuesday.

© REUTERS / KCNA
Russian Embassy Not Confirming Kim Jong Un's Visit to Moscow on Victory Day
Edgars Rinkevics made his statement after the meeting with British Minister for Europe David Lidington.

Rinkevics added that the possible participation of the Latvian president in the Victory Day celebrations will have to be coordinated with other EU countries, as Latvia currently holds the presidency of the Council of the European Union.

In December 2014, Russia invited Berzins to participate in the celebration of Victory Day on May 9. The Latvian president has not yet made a final decision about attendance.

© AP Photo / Markus Schreiber
Yatsenyuk Rewrites History: ‘USSR Invaded Germany’
Russia celebrates Victory Day, marking the capitulation of Nazi Germany to the Soviet Union in the Second World War, annually on May 9. In 2015, large military parades will be held in 26 Russian cities. About 14,000 members of the Russian armed forces, 194 tanks and 150 planes and helicopters are expected to participate in the Victory Parade on Red Square in Moscow.

Relations between Russia and the West have dramatically deteriorated since the escalation of the Ukrainian crisis, with European countries accusing Moscow of interfering in Ukraine's internal affairs. Late in December, the Russian Foreign Ministry said that relations with Europe will remain Moscow’s foreign policy priority despite the current tensions.