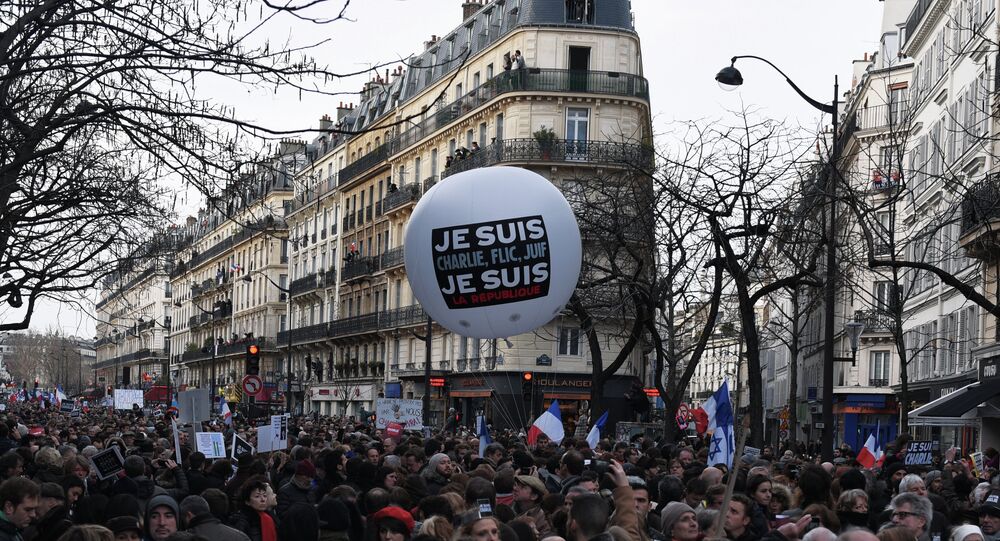 US State Department Deputy Spokesperson Marie Harf commented on the recent criticism of US President's failure to attend the unity march in France, explaining that it was connected with a number of factors, including security ones.

“I don’t feel that it’s fair,” Harf stated, adding that she would let the French speak for themselves on this. “I think the French actually, including the French Ambassador, have been out on the record speaking about that, that they felt nothing but support in that.”

© Sputnik / Galina Azule
Obama's Absence at Paris March Symbolizes Lack of US Leadership: US Senator
US media, as well as some members of the Congress, criticized the US administration for not sending top representation to the event. The United States was represented by US Ambassador to France Jane Hartley.

“We make decisions like this based on a variety of factors, such as we’ve talked about security, for example,” Harf noted. “Obviously, for the President [Obama] there are very specific security concerns to go along when he travels.”

The spokesperson also stressed that US Secretary of State John Kerry did not go to Paris, because he was in India on the pre-scheduled trip.

“The secretary certainly would have been there if he could, and he looks forward to going there on Thursday,” she said.

France has seen a wave of extremist violence over the past week. Last Wednesday, 12 people were killed in a terrorist attack on the Charlie Hebdo satirical weekly magazine in Paris. On Thursday, a policewoman was killed in the Montrouge region of Paris. On Friday four captives were killed in a hostage-taking incident in a Paris supermarket.