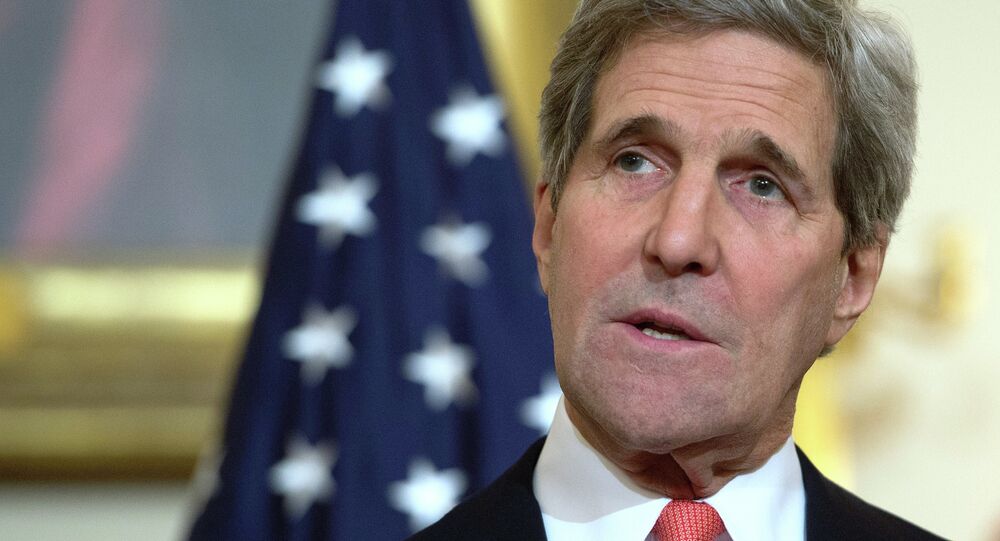 US Secretary of State will visit France on Thursday to express solidarity with France after recent terrorist attacks in the country amid a wave of criticism for the absence of high-level US representatives at the Sunday's mass unity march in Paris, which was attended by about 40 world leaders.

MOSCOW, January 12 (Sputnik) – US Secretary of State John Kerry announced Monday his plans to travel to France on Thursday to express US solidarity with France following terrorist attacks in Paris that claimed the lives of 17 people last week.

Just announced travel to #Paris Thursday night to pay respects to French people — US support is ongoing and constant.

“Just announced travel to #Paris Thursday night to pay respects to French people — US support is ongoing and constant,” Kerry posted on Twitter.

© REUTERS / Youssef Boudlal
Highlights of Unity March in Paris Honoring French Terror Attacks Victims
Kerry’s statement comes amid a wave of criticism toward the United States for the absence of high-level representatives at a mass unity march in Paris, with was attended by about 40 world leaders. The United States was represented by its embassy's in France staff at the event.

During a Monday news conference in India, Kerry explained he was unable to participate in the march due to prior commitments and pledged to travel to Paris for talks on combating extremism.

Last week, France faced three terror attacks, starting with an attack on the editorial office of satirical weekly Charlie Hebdo last Wednesday, followed by a killing of a female police officer on Thursday and a hostage-taking incident in a Paris supermarket on Friday. A total of 17 people were killed in the attacks.