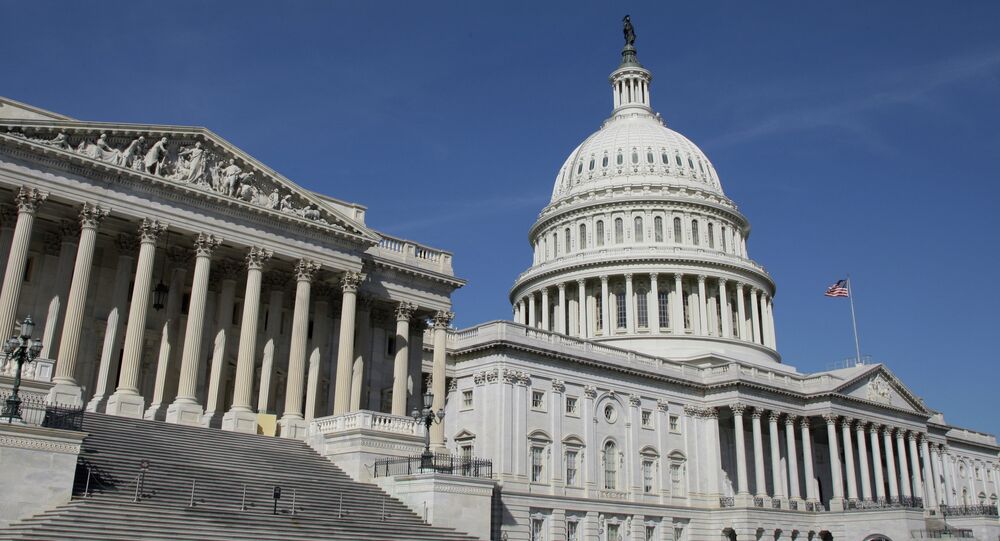 Congress Might Reassess US Financial Aid to Palestinian Authority: Senators

United States could reconsider financial assistance to the Palestinian Authority, US Senators said.

WASHINGTON, January 10 (Sputnik) – US Senators say the United States could reconsider financial assistance to the Palestinian Authority over its submission of a request for International Criminal Court (ICC) membership.

"Existing U.S. law makes clear that if the Palestinians initiate an ICC judicially authorized investigation, or actively support such an investigation, all economic assistance to the PA must end," the Senators stressed, urging Palestinian President Mahmoud Abbas to "end Palestinian actions to join the ICC and pledge to re-enter negotiations with Israel" in order to ensure a "realistic" solution to the Israeli-Palestinian conflict.

Abbas had previously indicated that he sees the ICC as means to prosecute Israel for constant attacks against Palestinians. Meanwhile the senators' statement points out that Israel is not a member of ICC and therefore cannot be subjected to its jurisdiction.

© REUTERS / Heinz-Peter Bader
UN Chief Says Palestinians to Join ICC in April
The Palestinian president signed a request to join the ICC as well as a number of other international treaties on December 31, 2014, after the UN Security Council failed to pass a resolution on the creation of an independent Palestinian state.

Last Sunday, the Haaretz newspaper reported that Israel plans to urge US Congressmen to terminate financial support to Palestinian Authority in case it files a lawsuit against Israel in the ICC.

On Tuesday, UN Secretary General Ban Ki-moon announced that Palestine will join the ICC on April 1.

Palestinians are striving to create an independent state on the West Bank territories, including East Jerusalem, partially occupied by Israel, and the Gaza Strip.